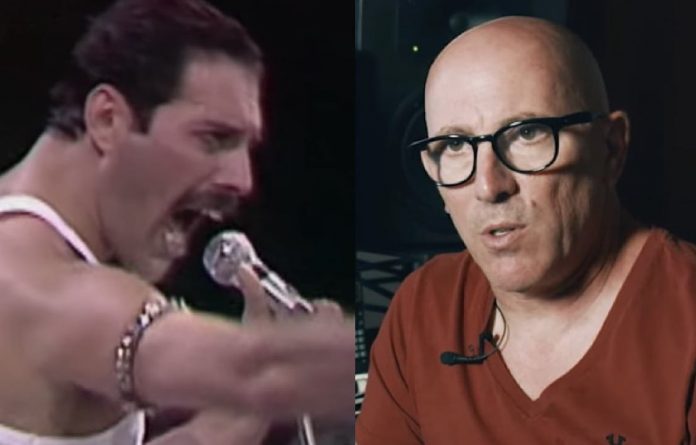 “I was asleep and my wife woke me up and said, ‘Maynard’s on the phone and it sounds serious’,” he said. “I was like, OK. I got on the phone and Maynard said ‘Hey … do you know how to play ‘Bohemian Rhapsody?’ I was half asleep and suddenly he yells out in the room ‘Yeah, he’s got it’ and he told me to come on down to this rehearsal space and we were going to learn it. When we hung up I was like ‘Wait, huh?’ I kind of popped up and realized that I had never played ‘Bohemian Rhapsody’ in my life. I had never learned that song. It’s not one you just kind of pick up.

“So the first time I ever did it was live at that show because the rehearsal had gotten canceled and I came out on this riser and there was smoke and it was in the middle of the floor at Staples Center and I was doing the solo that everyone knows. I did my best, but it was stressful. Everyone knows that. Your grandma knows what the solo is, there’s no getting around it. But it was great and I think it was the catalyst that sparked us (he and Keenan) back into ‘Hey, it’s nice to be back on stage together, let’s do it again’ and then we started playing together again.”