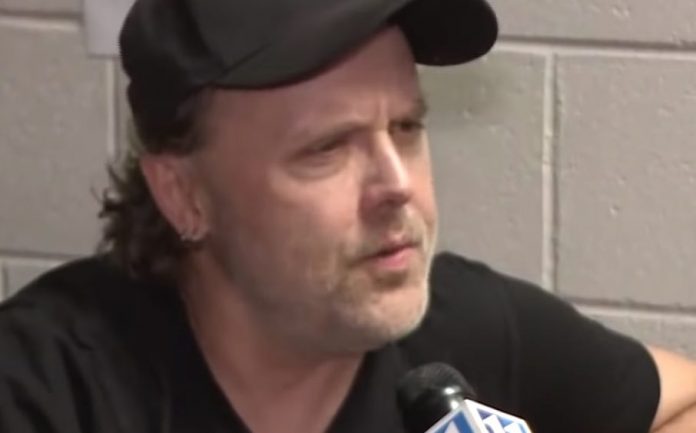 We recently reported that former Metallica bassist Ron McGovney confronted a superfan who asked the one time Metallica member a very specific question about his tenure with the group. In a followup to that story, the ex-Metallica bassist answered another fan who wanted to know more about the bar tab that James Hetfield paid off that night, claiming that the Metallica members, including Lars Ulrich were underaged.

The user known as MrMR wrote: “Am I the only one thinking hmmm kids were underage…” To which McGovney replied: “Dave was 20. James, Lars, and I were 18. Bars were a little more lenient back then.”

James Hetfield recently unloads on canceling Metallica tour for rehab. In other Metallica news, fans recently took to social media to discuss the legacy and impact of one of Metallica’s most controversial albums: “St. Anger”. One fan replied: “Ignoring the actual vinyl record (which is great), this album is hard, raw, and heavy. James Hetfield’s’ vocal delivery is incredible and real, and everyone has a part (if you listen closely Kirk Hammett is actually more relevant on this album than you think, too). It may take new listeners a few runs through to really enjoy this album, but my god if you just sit down, get an excuse to drive for a long time and blast this from start to finish, by ‘Purify’ you’ll have Whiplash from all the headbanging you’ll definitely be doing.”

The fan concluded: “The “cruddy garage” sound is perfectly nailed here too, yet it sounds well mixed and pleasurable. If you want more context on why St Anger is what it is, watch the ‘Some Kind of Monster’ documentary. Definitely worth your time if you’re a fan like I am. Buy this album and change your life.” Metallica icon calls out ‘sloppy’ Dave Mustaine performance.