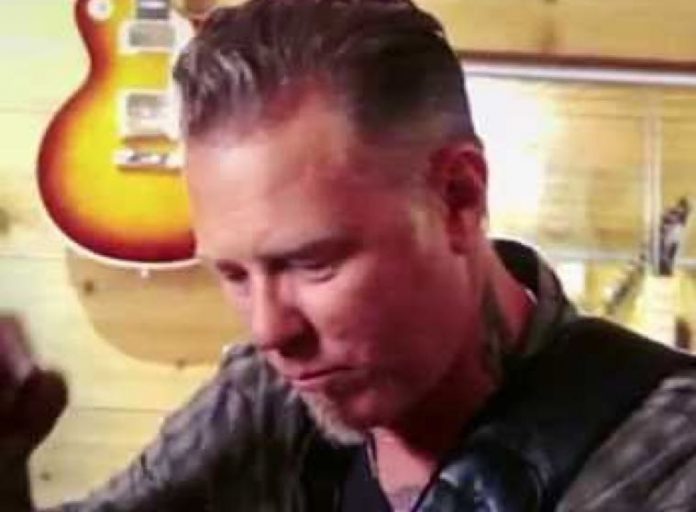 On Twitter recently former Metallica bassist Ron McGovney confronted a superfan who asked the one time Metallica member a very specific question about his tenure with the group. The fan, identified as Jeremy Scott asked: “Did you guys ever have the experience of getting told the owner would cover the band’s tab, but then came back and told you owed money after the place was dead? That definitely happened to my band last year.” James Hetfield recently unloads on canceling Metallica tour for rehab.

To which McGovney responded in a big way, citing the band’s party animal past as he put: “No. We never payed to play. We drank more than we were paid, so we never broke even.”

In other Metallica news, fans recently took to the band’s subreddit to discuss a fellow Metallica’s superfan’s flame that ‘Load’ and ‘Reload’ were the group’s best albums. One Reddit user responded: “When I first got into Metallica, load and reload were already out and to me they were as much Metallica as ride the lightning, which was the album that got me into them. So for me, there wasn’t the expectation of a certain style which I think also helped me accept st anger when it came out.”

Metallica icon calls out ‘sloppy’ Dave Mustaine performance. The user continued: “That being said, I can understand the frustration as there are newer bands I grew up with that have come out with albums that are departures from the ones I liked and it’s tough trying to listen to them because I expected to hear a continuation of the same. I think the key to long term sanity as a fan is to go into each new album with an open mind and not expect to hear the same as before.”

Metallica icon allegedly ‘busted’ with alcohol by cops. While another stated: “I was a jr/sr in high school when these albums came out and I just could not get into them then. Now though, I respect and enjoy them quite a bit. For me in retrospect I think it was just the time, alternative music was so prevalent and so many bands were changing sounds to fit in that any change Metallica made got viewed through that lens. A little age and perspective on my part really changed how I look at these two records. I still probably rate the early stuff higher but I def prefer Load and Reload to the Black Album.”