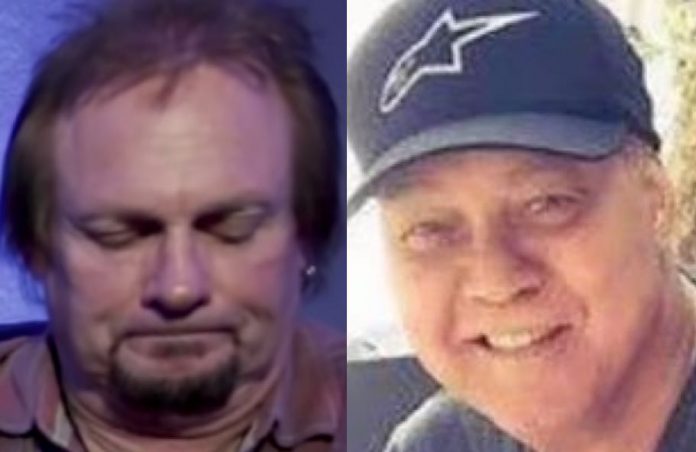 Eddie Van Halen is rumored to have throat cancer, and former Van Halen bassist Michael Anthony revealed to Pete McMuray in a new radio interview that he has heard the same rumors, but called out fans by saying Eddie himself hasn’t confirmed it. A Van Halen icon hilarious ripped Michael Anthony at a bar recently.

Anthony first said that Van Halen’s manager Irving Azoff called him in late 2018 to ask him about reuniting with Van Halen for a summer 2019 tour, and after Azoff negotiated with Anthony’s manager, they blocked out June, July, and August 2019 for a tour. Anthony got his The Circle bandmate Sammy Hagar’s blessing, and he was ready to go. Alternative Nation transcribed his remarks.

“For whatever reason, I’m not going to speculate or whatever, well I can speculate, but I don’t know for sure, but we never even got to actually having a meeting, and then the plug got pulled on the whole thing.”

McMuray then asked, “Is that because of Eddie’s sickness?”

Anthony responded, “I heard rumors that it could have been Eddie’s health, that he couldn’t commit, but I don’t want to say for sure that’s what it was. They keep really tight lipped in that camp about what’s going on.

Eddie has been very private, obviously everybody knows, he’s been private about everything going on in his life. I found out the plug got pulled, and we basically ended up having the summer off. It was actually kind of sad, I was really looking forward to doing that.”

Eddie Van Halen has been more visible on social media since TMZ reported that his cancer was back last fall, attending a Tool show and posting new photos on his Instagram and Twitter accounts, along with his son Wolfgang and wife Janie intermittently sharing new photos of him. Michael Anthony is set to tour North America this summer with Sammy Hagar and the Circle. Eddie Van Halen just made a ‘new bassist’ announcement.