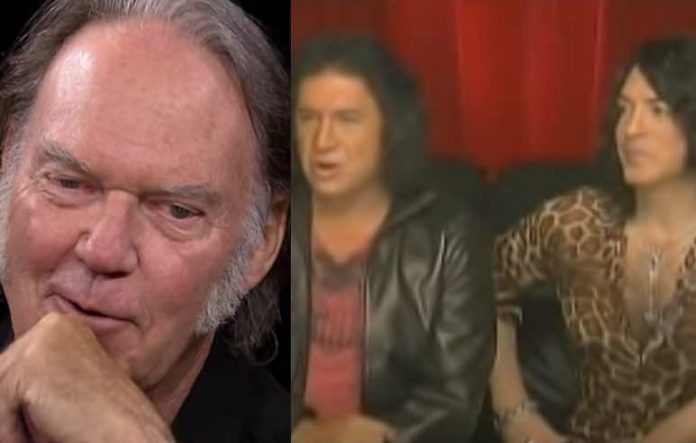 The fan said, “Hi! In a recent interview with Record Collector Magazine, Gene Simmons of KISS tells the story about the time he was putting together the Kiss my ass – a tribute to Kiss album. According to Gene, the first manager he called was Elliot Roberts to ask if it was possible to get Neil Young on the album. The conversation went something like this:

Gene: Can I get Neil Young on this album?

Elliot: You want Neil Young on a KISS tribute album? Are you out of your f**king mind?

Gene: Okay, we’ll do Neil Young if he ever covers Kiss.

…And so on. Needless to say this never materialized. My first question is a what if question. Let’s pretend they actually made a deal what KISS song would you choose to cover and what song of yours would fit KISS? (My picks are Shout it loud and Opera Star, it would have been one hell of a split single) Discuss!

Thanks again for a wonderful site! Cheers, Martin.”