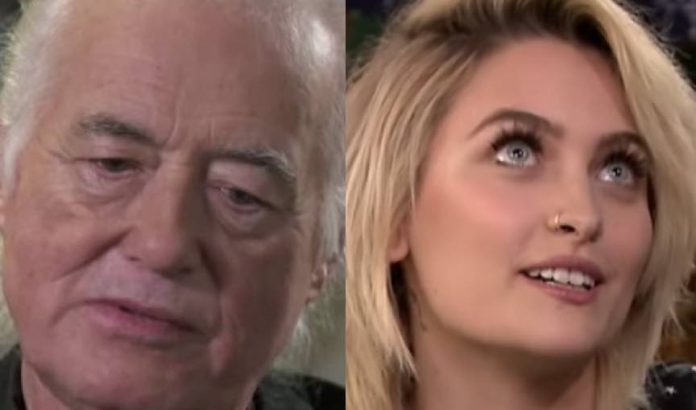 Alexa asked, “What does zoso mean if you don’t mind me asking.” Paris responded, “Jimmy paige.”

Luvlz2 recently posted on the Led Zeppelin forum about a rumored new Robert Plant vinyl release, “Looks like Dreamland was quietly reissued on vinyl sometime last year. Surprised I didn’t read anything about it. Been looking for a vinyl copy of this for a while.”

Autumn Moon responded, “Are you sure? There is no Discogs entry for a 2019 reissue, very strange.Isn´t it odd that the reissue comes with exactly the same LTD edition-sticker, when it isn´t numbered?

Also, I saw that the seller would ship from Odessa, Ukraine. Beware of counterfeit copies from Russia.”

Luvlz2 added, “I messaged Led Zep News about it last Wednesday, but have yet to heard back. It is very strange I didn’t read one word about it last year and no mention of it on Discogs either. There is another ebay listing from a seller in the U.K. and I believe I saw it shipping from other countries too, not just in the Ukraine.”

“Getting Dreamland on vinyl has meant a lot to me because it’s the one Robert Plant title (on vinyl) that has stuck out like a sore thumb because of not being in my vinyl collection! But now, whether it’s a bootleg or not I’m very happy someone did this as I’ll finally be able to finish my collection! Well actually that’s relatively speaking as there are 45’s and other promotional vinyls I don’t have but this will cover his main titles. Hope the quality is good, I’ll post about that after getting and playing it.

I haven’t ordered the Digging Deep box set yet I’m holding off, hopefully the 45s don’t slip out as easy as the cds slip out of the Nine Lives box set. A 45s box set is cool and I will get it but I would love a live release from the 90s or something from past decades maybe a good live compilation.” Jimmy Page recently discussed being disrespected on a plane with Robert Plant.