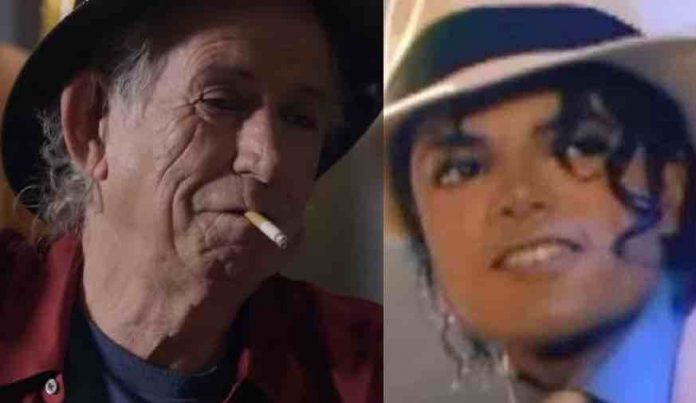 Michael Jackson’s daughter Paris Jackson recently offended Keith Richards fans when she said that The Beatles are better than The Rolling Stones. A photo of Keith Richards with a creepy Tom Cruise recently leaked.

A fan asked, “Are you more of a stones girl or beatles girl?”

Paris responded, “I don’t think it’s fair to compare them, i never understood why people think it’s a competition. the stones are one of the greatest rock bands of all time, but the beatles weren’t just rock. they had true poetry, & john, paul, & george are some of the greatest songwriters today…”

She added, “I am a massive beatles fan though and even though i love both, i probably would pick beatles if you would let me choose john and paul and georges solo careers as well. i also have two john tattoos. as a songwriter i just appreciate them more in that way.”

SiRaymando recently posted a ‘pretty unpopular opinion’ on The Beatles Reddit, “After listening to a lot of mixed bags from The Beatles, I’ve been taking my time going chronology with each album. I juggle one Beatles album throughout a month with my normal daily mixes etc.

So far I’ve been through the first 4, and this is how I’d rank them.

I ranked them based on how many songs per album I loved. I gather that the first 2 Beatle albums aren’t considered that great, but I seemed to really enjoy almost every song in those, which is why I spent longer with those albums too. Now, this could also be another reason I’m ranking them higher since I’ve listened to those songs for way longer.

One change that I did is that I’ve added ‘From Me To You’, ‘Thank You Girl’, ‘She Loves You’ and ‘I’ll get You’ on the end of Please Please Me itself since I don’t want to miss those songs out during listening sessions. Same with every other playlist too. Anyone else feel this way?” Michael Jackson’s daughter just unloaded on Mick Jagger disrespect.