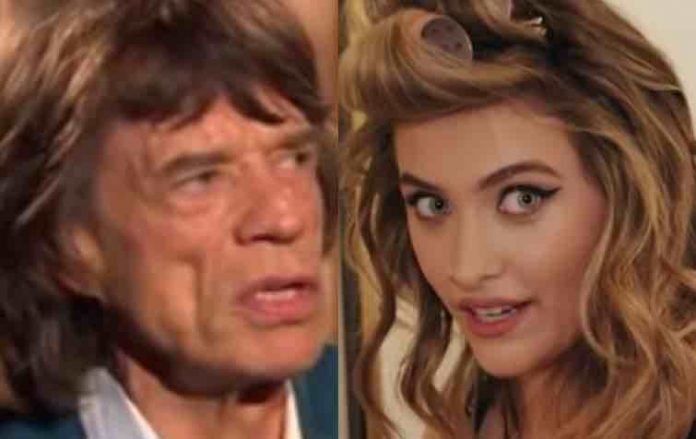 “I don’t know what you’re talking about. My dad worked with Mick Jagger of the rolling stones, one of the most legendary rock bands of all time, and Eddie Van Halen one of the greatest heavy metal guitarists of all time.”

Mick Jagger has been hard at work on a new The Rolling Stones album. Kingbeebuzz posted on IORR.org, “I have not got time to read the last 425 pages !!! I hear there’s a new album on the way? Is this the same one that The Stones were making in about 2015/6 or did they finish that one, put it in a cupboard and start making another better album?

Whatever is going on time is definitely not on their side. They should not let the best be the enemy of the good. If they haven’t got an album finished in all these years then it is because they are no longer able to create and now they will never get that creative spark back.

If they have got an album finished then I say ‘release it now.’ Linking an album to a tour, for the Stones, is meaningless. People will go to their concerts regardless of an album release and people will buy their album regardless of whether or not they are touring. Or have they got say 60 new finished tracks and are working on stockpiling for a cash-in in the years after the band closes down?

It doesn’t matter……..I would have paid a lot of money for the ABKCO Preservation released tracks as an official release…..but I no longer have any desire left to hear any album of new songs which are trying to ‘stay relevant’ or ‘appeal to a new younger audience.’ That time has really gone for the band. IMHO.”

DoityWoik responded, “To sum up the last 425 pages: the new album isn’t yet there. Whether it’s the same they initially started out with, or partly the same, or something completely new is anybody’s guess. Reported/assumed numbers of tracks and their state (sketch, demo, near-finished etc.) vary wildly, 20, 30, 50, again anybody’s guess. But the Stones say every once in a while they are working on it. In the meanwhile we’re having fun on our own…” Mick Jagger considering a new The Rolling Stones drummer was just revealed.