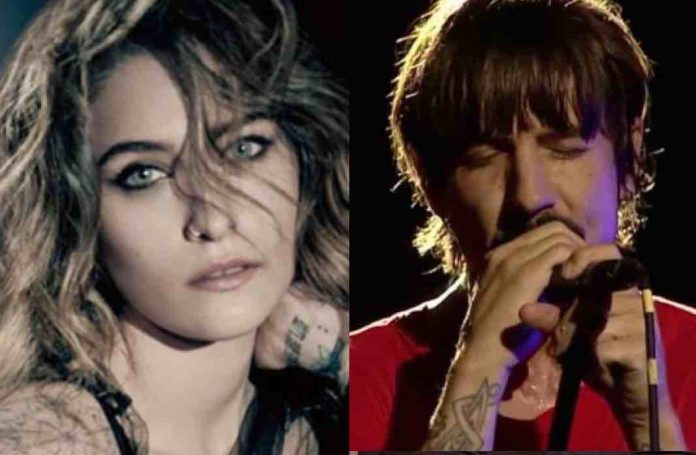 Michael Jackson’s daughter Paris Jackson appeared to be sad recently, quoting a depressing Red Hot Chili Peppers song on Twitter. She also tweeted it on a day that is rumored to be a key day, one of the days when John Frusciante was preparing to rejoin the band and replace Josh Klinghoffer. Red Hot Chili Peppers revealed why it was ‘hard’ to fire their guitarist earlier this week.

Paris Jackson tweeted, “Scar tissue that I wish you saw.” Is there a reason they don’t play anything live from Mother’s Milk? self.RedHotChiliPeppers

NamkcuR posted, “Is there a reason they don’t play anything live from Mother’s Milk? There was another thread speculating aboutsetlists when they start playing gigs with John again, and it sent me down a setlist.fm wormhole. In looking to see how much this song or that song has been played, it crystalized for me that Mother’s Milk has effectively been disowned in their live sets; aside from the Higher Ground and Fire covers, Nobody Weird Like Me seems to be the only original song from it that they play anymore.

If nothing else, I feel like Knock Me Down should be a staple, as it’s an absolute banger that any crowd would go nuts for – it is a Frusciante era classic that somehow feels forgotten. I can’t believe Johnny Kick A Hole In The Sky has never been played, as the call-and-response thing in it seems like it would kill live.

Taste The Pain is another single that crowds would surely recognize. Also, Pretty Little Ditty seems made to be incorporated into the jams they do between songs. So I guess I’m just wondering if there’s a specific reason MM doesn’t get much burn live outside of the two covers?”

DFTMediaDavid responded, “John didn’t like his playing on that record. Too macho I think he said? Correct me if I’m wrong. So they don’t play anything from there. I think if I’m correct there was also some dispute between him and Michael Beinhorn during the sessions too.” Spekiii said, “They played Higher Ground and Nobody Weird Like Me this year, also Magic Johnson.” Dave Grohl broke his silence on a Red Hot Chili Peppers firing a few days ago.

scar tissue that i wish you saw