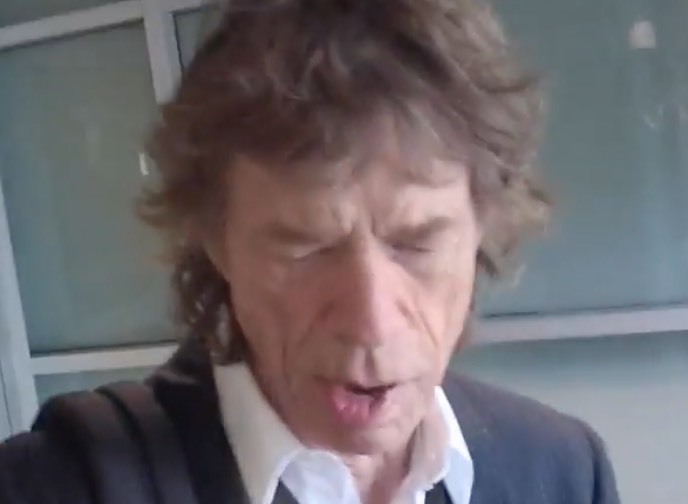 The Rolling Stones singer Mick Jagger canceling a world tour with Jeff Beck and the late Andy Gill of Gang of Four was just revealed in a newly published final Flood Magazine interview with Gill before his death. Gill said that a rehearsal went poorly with a lot of tension, and then the tour was canceled, with Jagger later going out with Joe Satriani. Mick Jagger ‘refusing’ to play with The Rolling Stones last week was just revealed.

“Anyway, the whole tour was cancelled, and they didn’t do anything. Jagger eventually toured Japan about a year later with Joe Satriani. But I had some fun out of it. And then I got home that night, I got back to my East End flat; I picked up the album that Mick’s management had sent me, and this piece of paper wafted out of the sleeve. I picked it up, and it said, ‘Oh yeah—can you please learn ‘Miss You’?’ [Laughs.]”

Barkerboy2 posted on the Shidoobee forums about disappointment over The Rolling Stones not putting out a new album for their 2020 tour, “Whenever I feel that way I have to remind myself – they don’t owe us anything, and they’ve already given us far more than any of us ever expected. I can remember watching them in Hyde Park with my Dad in 2013 actually feeling a little melancholy, thinking that this was going to be the last time I ever saw them.

Not only have I seen them twice since (as well as a Ronnie solo gig), but they have just announced another tour! It really is amazing that in just 2 years time, they will have been active for 60 years and I really do appreciate everything they do at this stage of the game – even if it’s not exactly what I would want! Having said that, I would like a new album.

Imagine being a fan of The Other Band and devoting your life to them! Only ten active years and they weren’t even touring for some of those!” Michael Jackson’s daughter recently unloaded on Mick Jagger disrespect.