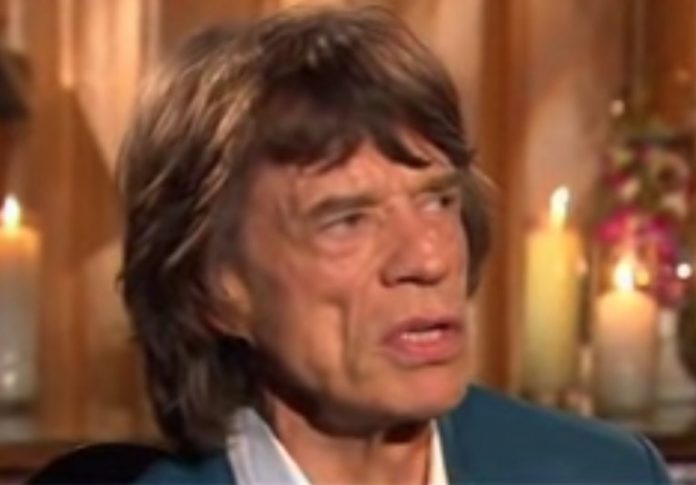 Winkler explained what happened when he approached the Rolling Stones singer at a restaurant. When guest host Anthony Anderson asked Winkler if he gets star-stuck, his response was “I do, but mostly by singers, mostly by music…I lose my shit.”

The Arrested Development actor then revealed that the person he was the most star struck by was Stones legend Mick Jagger.

“I have met Mick Jagger. I was in a restaurant, and I walked up to Mick Jagger and I said ‘Hello I’m Henry Winkler and I have all of your albums…it was such a pleasure to meet you and I was at your concert before I came to Hollywood.'”

Mick Jagger’s response was not so enthusiastic as Winkler apparently. The actor said Jagger slowly turned and looked at him, nodded his head and said “Henry” and then turned away.

“I slunk out of the restaurant. I went ‘I’m so sorry, I, you know what, I didn’t mean to disturb you. Enjoy the sushi. It was such a pleasure,” Winkler recalled of the encounter. But apparently he couldn’t help firing off one more compliment before leaving the restaurant and ended with, “I love your album.”

Mick Jagger is currently on the Rolling Stones Sixty tour while Henry Winkler was just nominated for an Emmy for his role as Gene Casino on the HBO series Barry.

Jagger and bandmate Keith Richards recently reflected on the controversial image that has followed them throughout their career. In a BBC documentary released last week, comparing themselves to The Beatles, the band also said that despite their contrasting images, the behavior of both bands was the same behind the scenes.

In the debut episode of the series My Life As A Rolling Stone, which launched on BBC iPlayer last weekend (2 July), the frontman discussed the rebellious image that the band became renowned for following their formation in 1962.

He described their drug-related altercations with the police throughout the 1960s and 1970s, the members explain how it wasn’t uncommon for The Beatles to act in a similar way, albeit behind the scenes.

Both Richards and Jagger explain how their image came as a result of the band’s manager at the time, Andrew Loog Oldham:

“I think that Andrew very much liked to contrive the danger because he saw that, very cleverly, as a foil for The Beatles,” Jagger states in the documentary. “Brian Epstein [The Beatles’ manager] had sold them as these lovable scamps […] so Andrew wanted us to be more nasty and more dirty and [with] more of an edge.”

Keith Richards then weighed-in on the matter and went on to explain they had a more respectable image in front of the cameras. However, when away from the public eye The Beatles’ behaviour was similar to that of the Rolling Stones:

“They got cleaned up by their manager to make them more palatable to the public,” he explains. “Otherwise, they were exactly the same as we were… Filthy swine [laughs]”.