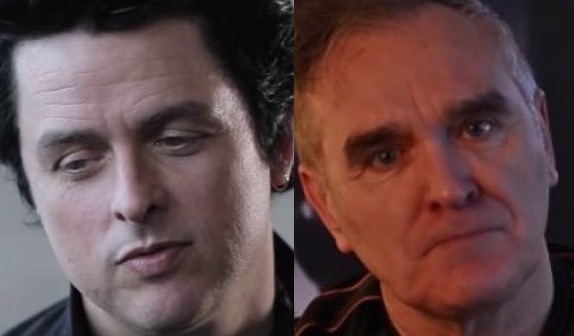 Armstrong told Kerrang Magazine, “He almost spat out his drink when I told him the title. He goes, ‘Oh my gosh, whatever happened to Sgt. Pepper’s Lonely Hearts Club Band?’”

Green Day fans are divided on Reddit over the the band’s new single “Father Of All Motherf**kers.”

Ghost2268 posted, “Literal trash. I think they’re trolling. I just can’t see them actually being serious. They could’ve done this with a different name. I’m not one of those dudes that can’t accept when a band changes, but this is more than a change. This is just weird. Totally not a fan of this and i honestly think it’s embarrassing. I still respect them and like their other stuff but man I just can’t defend this one. It’s just bad. It’s kind of heartbreaking. They were a huge influence my whole teenage life.”

Billie Joe Armstrong recently made a bold Prince death remark. Reject_Elephant responded, “I honestly think they’re trolling. I’d have so much respect for them if they came out and said the album was a troll.”

jdfsociety wrote, “It’s totally fine to dislike/hate the song but to try and dismiss the whole thing as a troll album seems like a stretch – a troll album is a shot in the foot, it’s the band that have to go out and be the faces of promoting the album and ultimately have it form part of their legacy, not Warner. The theory doesn’t hold a lot of water. Honestly an intentionally bad album does way more harm to Green Day than it does to Warner.” Billie Joe Armstrong recently reflected on a cocaine and alcohol breakdown he had several years ago.