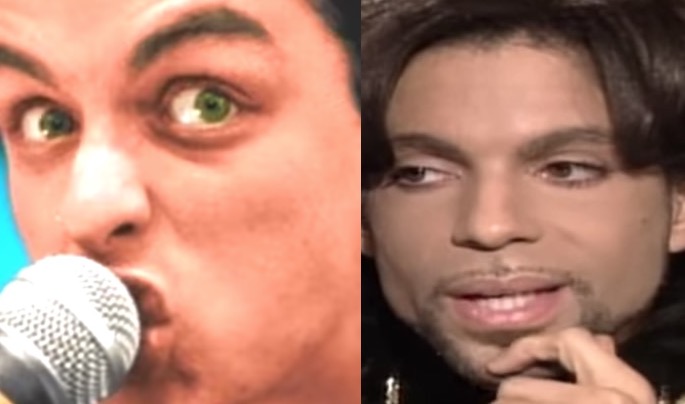 “Well, it was sort of the first song that kind of kicked off the new era for us when we were doing demos. I don’t know, I had the rhythm and the beat to it, me and Tre [Cool, drums] were messing around in the studio, and I was, like, ‘How do I sing like this? What do I do? I want to do something different,’ and he was, like, ‘Oh, try sing like Prince.’ He’s dead, so why not me? [Laughs]”

Billie Joe Armstrong recently revealed a bizarre hairstyle photo. Billie Joe discussed the lineup order of the tour, “The Interrupters are playing last. Green Day’s playing last and then Fall Out Boy and Weezer and then the Interrupters are opening up, which are good friends of ours, so that’s awesome. We created a lot of chaos on the BBC one time with you. It was like a nervous breakdown on radio. I got so sick of … there’s that time period before you put a record out, you’re like, ‘I just want to get this fucking thing out.’

The record company, everybody’s, ‘Got to hold it back.’ And now I’m like, ‘Nah, I don’t want to hold anything back.’ I feel like I’m back to the drawing board. Like, ‘What the fuck am I going to do now?’ No, we’re psyched. I think like Tre is killing it on drums and Mike is just killing it on bass. And I feel like it’s just such a product of the three headed monster.”