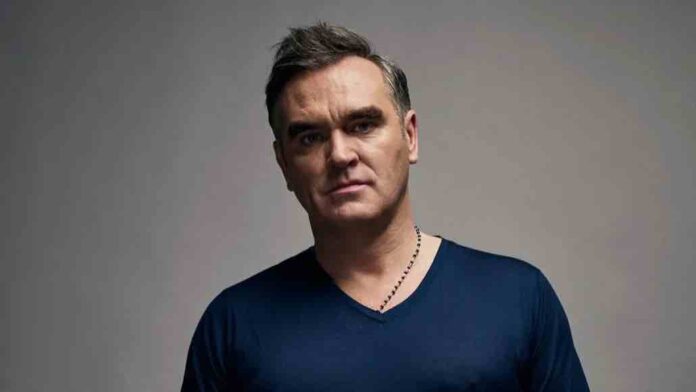 The Smiths frontman Morrissey was recently spotted at a restaurant as revealed by a fan on Instagram. The fan wrote the following in the caption:

“Oh, you Handsome Devil.
FYI – it was everything I could do to not run over and squeal like a little boy…

Morrissey’s bandmate, Johnny Marr recently has opened up about his recent spat with Morrissey. He said that that he felt he had to “defend [himself].”

Back in January, the former Smiths frontman asked Marr to stop mentioning him when giving interviews, in reference to an interview that Marr did with Uncut magazine where he mentioned Morrissey.

Morrissey posted a lengthy open letter in which he asked Marr: “Would you please, instead, discuss your own career, your own unstoppable solo achievements and your own music? If you can, would you please just leave me out of it?”

Previously, in an interview with The Times in February, Marr was asked about his response to Morrissey to which he replied: “When you’re attacked out of the blue, particularly in public, you have to defend yourself.

“The letter was designed to be insulting, wasn’t it? That has to have been the idea. If it’s something that’s not based in fact, you have to react in kind, which is just with ridicule.”

He added: “Look, it was about [his wanting] attention…and I’m getting a lot of it. I’ve got my new record coming out, and that’s getting attention too. All my solo records have. I just do what I do. I’ll just carry on being who I am.”