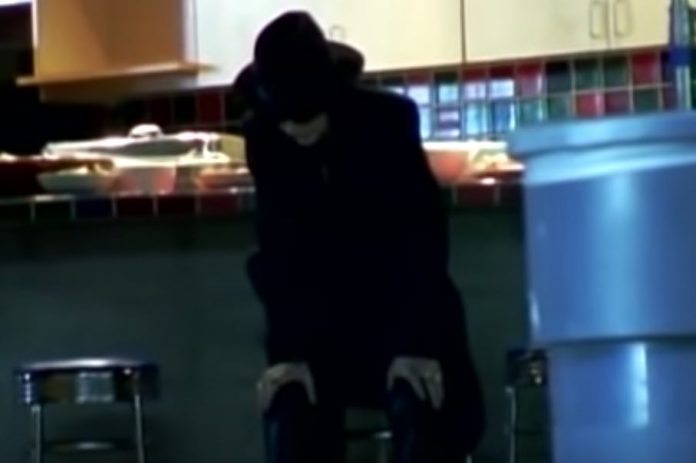 Motley Crue guitarist Mick Mars revealed a creepy photo of himself that has been edited to make it look like Tommy Lee is removing his head and his body is walking away. Mars liked the photo on Twitter.

It was recently reported that Motley Crue are working with personal trainers. Jsparker77 commented on Reddit, “I would hope that all of them are. This is pretty standard practice even for bands that tour regularly and stay in pretty good shape. Touring and performing every night can be extremely stressful on the body. Especially when you’re in your in your late 50s to mid 60s like these guys.”

500Republica wrote, “Nikki has been more serious about his health and exercise the last few years. I think he’s actually gotten into working out. Vince has been posting more fitness things on IG lately, so maybe he’s getting there.

I don’t see how much Mick could realistically work out; if anything he’s just working to treat his AS. And I just don’t get the vibe that Tommy gives a fuck about exercise.”

A trainer is definitely a good idea regardless, but I think if he just exerts himself a little less there’ll be a noticeable difference.” Motley Crue secretly asking a big name to replace Vince Neil was recently revealed.