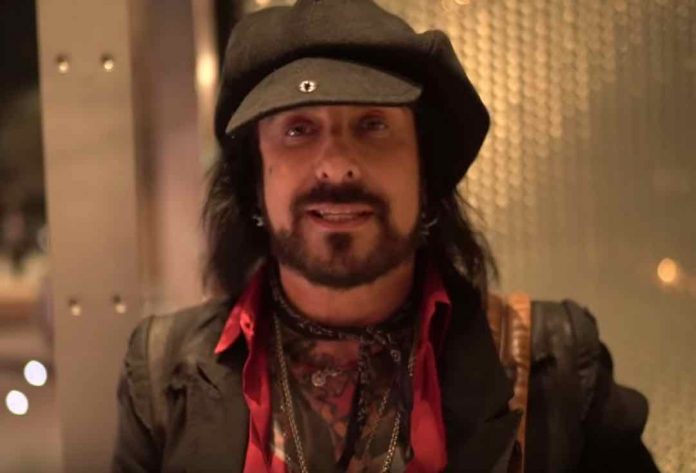 “I would definitely attribute @motleycrue coming out of retirement to #TheDirtMovie @netflix.”

He added, “We have no intention of using our live performances to air our views on the political system. You go see @MotleyCrue to hear the music and see what we’ve come up with for our live show.”

He has a great voice and he really makes Motley Crue’s songs sound great. Even a lot of the songs he did without Motley Crue still kicked ass and he did an awesome job on them. He puts a lot of great style and energy into his singing. His Net worth right now is $50 million. I think Motley Crue is the best metal band of all time. They made a LOT of great songs. Rob Halford from Judas Priest has $30 million and they ranked him #1 on the top 100 list and #4 on the top 66 list. I like Judas Priest too, but if he’s soooooo much better than Vince Neil then why is Vince a lot richer than him?

I don’t know what the fuck is wrong with people that they have to diss Vince Neil so much. All I can think of is maybe they’re jealous of how cool he was and how many girls he f***ed. I don’t give a f*** that he gained weight and doesn’t sing as well as he used to. His past work and accomplishments are amazing, and that’ll last forever and deserves respect.” Motley Crue recently revealed a Vince Neil ‘tight jeans’ photo.