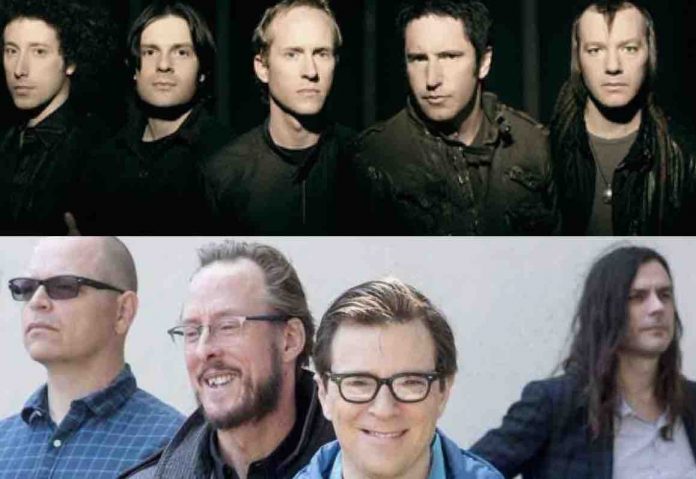 “I hate playing shows on Halloween and not being able to spend it with my kids. Was thinking about it this morning and jotted down the 6 Halloween gigs I’ve done since becoming a parent. Pretty great list of artists to be away from your family for I’d say.”

He also said on tour, “A week ago tonight I was at Tokyo Disneyland. This afternoon it was Paris w/friend and fellow Disney fanatic @mkcherryboom. I’ve been out here a handful of times and would have to say I like it more than the Japan and Hong Kong parks (yet to go to Shanghai Disney but hear its great.)

The castle is twice as tall as the one in Anaheim and it has a lot of the classic attractions, though the sister park ‘Walt Disney Studios’ ain’t so great (they DO however still have O.G. Tower Of Terror there.) That being said, Tokyo’s 2nd park ‘Disney Sea’ is super cool and looks like no other property. I think when asked, Tony Baxter (legendary Disney imagineer) said it was his favorite of all the parks (if my memory serves me.) There it is.”

Howard Stern unloaded on Nine Inch Nails disrespect last week. Freese also discussed having to turn down a Devo show, “Not sure why I have this ticket seeing as I was playing it that night but I knew it was a special night then and almost 20 yrs later Ween and Devo are playing together tonight and I hate that I couldn’t pull off being there for it.

I pull off the juggling act quite a lot but sometimes it just doesn’t work out. I’m out of the country on a 6 week tour that has been booked for months and Devo asked me about this one off show a month ago (it came about pretty last minute.) Next time! Swipe for backstage shot from that same night. #dutynow #arewenotmen #wemustrepeat.” Howard Stern revealed what’s wrong with Weezer recently.