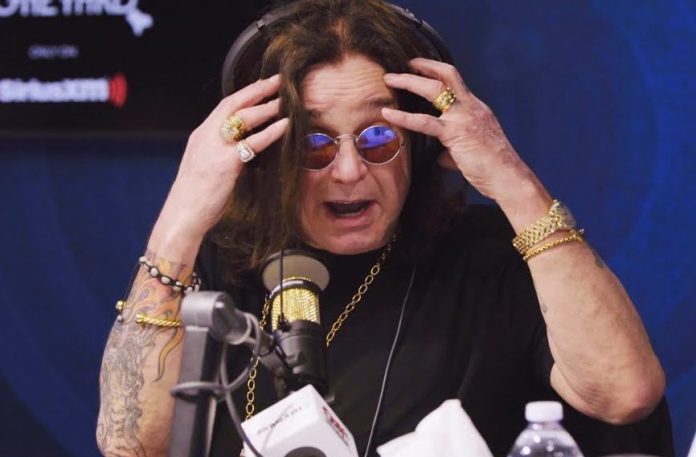 Ozzy Osbourne was recently interviewed by Blabbermouth in which the “The Prince of Darkness” discusses several topics. Here, Osbourne reveals how his father was such an influence on him and how he helped him in the beginning stages of his career. Ozzy Osbourne’s doctor revealed a terrifying ‘infection’.

As Osbourne put it: “My father was a factory worker who wouldn’t miss a day’s work if his life depended on it. He worked the night shift. He knew the passion I had for the music. I didn’t have much of an education, because I’m a dyslexic, attention-deficit, so I can sit still for more than five minutes. And he saw that passion, and he went into debt for me. It was 500 dollars or something like that. We couldn’t afford it, but he bought me a PA system and a microphone. Not a big PA system, a little one. But, because he got me a microphone and a mike stand and a small PA, I got gigs because I was the first singer to have that equipment. It was a way of getting into bands. If you had your own PA, you had the tools for the job.”

Later during the interview, “The Prince of Darkness” shared how he would ‘beg, borrow and steal’ during the early days with the love of his life, Sharon. Ozzy Osbourne revealed what ‘dangerous’ drug he is currently using.

As Osbourne explains: “When we started off, I can remember, we were both broke, no credit cards, nothing. We’d have all the cash from the gig in a briefcase and we’d have to stay in these really cheap hotels, like motorway hotels. The briefcase with cash in it was handcuffed to my wrist ’cause if we got ripped off, we were done. But it was fun, because we had nothing to lose, and everything to gain! We’d beg, borrow, and steal.”

In other news regarding Ozzy Osbourne, fans of “The Prince of Darkness” took to social media via Reddit to speculate on if ‘Take What You Want’ will be on the new album or performed in any way during Ozzy’s concerts? It should be noted that ‘Take What You Want’ is in actuality a Post Malone song that Osbourne guests on. This Ozzy Osbourne arrest for attacking his wife was recently revealed.

Philip_Swiftopher answered on the Ozzy Osbourne subreddit: “If his performance on ‘Take What You Want’ is a good indicator on how the new album will sound, I’m very much looking forward to it. It seems to be a very personal album for Ozzy. I’m thinking it’s going to be a return to form we haven’t seen since ‘No More Tears’. Or it could be completely different from anything he’s ever done. Either way, it sounds like the album will knock our socks off.”

You can read the full interview over at Blabbermouth.