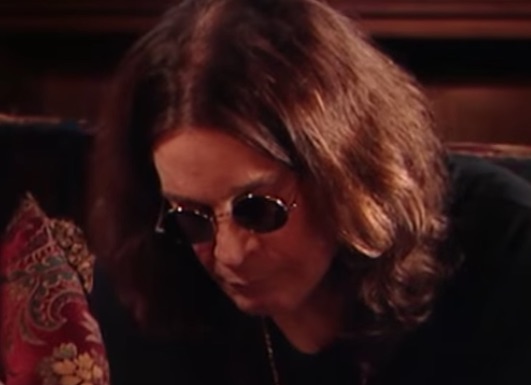 Ozzy Osbourne and his wife Sharon Osbourne were recently interviewed by British publication The Daily Mail in which the “The Prince of Darkness” and his lovely wife discusses several topics. Ozzy Osbourne revealed what ‘dangerous’ drug he is currently using.

Here, Ozzy discusses fighting a staph infection in his right hand as well as an ongoing battle with a genetic disorder that causes tremors entitled Parkin syndrome. Osbourne told the publication how he deals with it stating: “I take a pill once a day for it and I’m OK”

This Ozzy Osbourne arrest for attacking his wife was recently revealed. The reality show legend why bother touring if his health issues have been so well-established. Ozzy said: “I love doing it [touring]. But I’m not going to do the thing where I start off the tour in Australia and come back in pieces two years later. I just want to go on the road and kick some ass again. It’s what keeps me alive. I’ve cheated death many times and I’ve got away with it for years, yet since I hit 70 everything’s happened.”

This Ozzy Osbourne disturbing funeral announcement was freshly revealed. Reddit user Geezer_Fan_13 discussed why Ozzy Osbourne makes him so emotional in a new detailed post on the Ozzy Osbourne subreddit. The user stated: “What frustrates me about people that shame Ozzy is that they don’t have the full story. They hear he bit the head off a bat, he was high or drunk for pretty much all of the 70s, that sort of stuff. They don’t hear the things going on in his life. The emotional and physical trauma he’s gone through, and came out of a changed man.”

The user continued: “I’m not the type to cry easily, but damn. I was listening to some of his more slow songs, like Time, Here For You, Lay Your World On Me, etc. and I just bursted out into tears. I don’t know why. He’s the king of metal, but he’ll always connect with his fans on an emotional level, unlike so many other metal bands that are pressured to be so badass. Keep doing you Ozzy.”