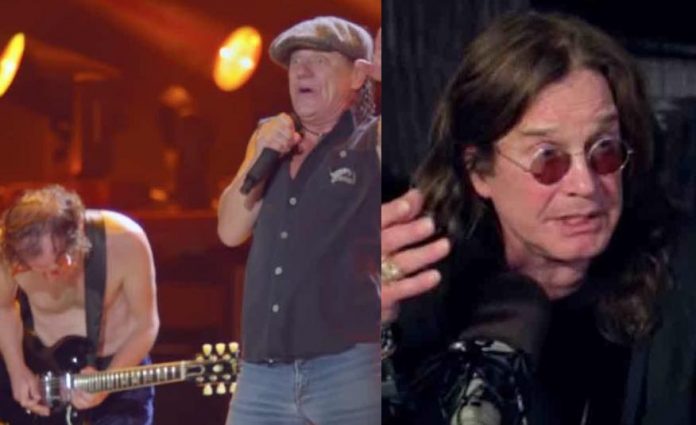 Legendary Black Sabbath frontman Ozzy Osbourne’s SiriusXM radio station Ozzy’s Boneyard is celebrating the 40th anniversary of AC/DC’s Highway to Hell starting this Saturday, though it’s unspecified what this will entail. An AC/DC relative recently reacted to a bombshell Brian Johnson rumor, as he, Cliff Williams, and Phil Rudd are rumored to return to the band for an AC/DC tour.

AC/DC announced on Wednesday that they were releasing a rare 1979 video with the late Bon Scott, “Unleashed from the vault! ‘The Jack’ live from Holland on the Highway To Hell Tour!” “The Jack” video is from Arnhem, the Netherlands at the Rijnhal, and first aired on Dutch television’s Countdown.

Drehstrom 1 commented on YouTube, “One of the great AC/DC live classics… Bon always managed to work the crowd on that one. Too bad I never got to see him sing but I saw the rest of them with Brian on a stadium tour many years ago. I fondly remember Phil smoking through the whole concert LOL. Malcolm’s departure from the band really put a dent into the AC/DC sound. He was the motor of it all.”

A fan named Brandon wrote on Facebook, “Maybe this is wishful thinking, but I can’t help but wonder if the fact that both of the latest videos are from the countdown show mean these vids are a countdown to the tour announcement we’ve been waiting for. I would prefer am actual countdown clock though but that’s just me lol.”