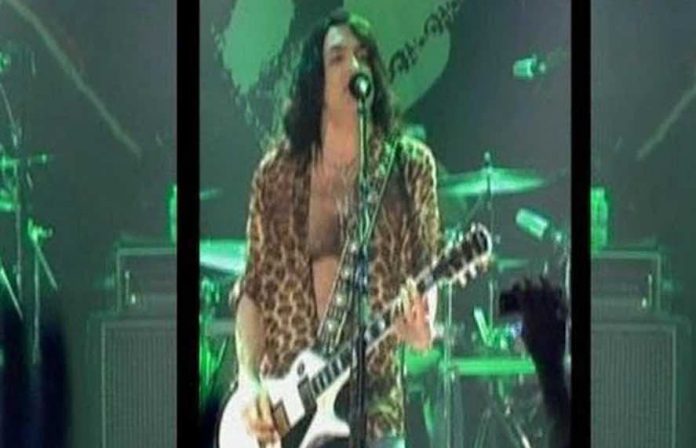 KISS frontman Paul Stanley recently took to social media via Twitter to showcase this photo of him working on his back and overall core. The ‘Starchild’ can be seen lifting weight on an exercise ball to keep his ripped figure looking leaner than even in time coordination for the group’s latest round of ‘End of the Road’ tour dates. You can view this photo below. Paul Stanley ‘refuses’ final KISS tour for sad reason.

In other news regarding Paul Stanley and KISS, the lead singer for the ‘hottest band in the land’ was recently interviewed by C-Ville.com to discuss a myriad of topics. Here, Stanley states, in his words, his opinion of how if an artist or band is tired of playing a song, It’s because it’s not a good song – according to Paul Stanley anyway.

Paul Stanley ‘refuses’ to leave store in KISS photo. Stanley told the outlet: “I’m thrilled with every song we play. My point of view is, if you’re tired of playing a song, it’s probably not a good song. Some of these songs come from 45 years ago, or even longer, and they’ve stood the test of time because they’re that good. And for me to not give them the respect that they deserve, would be me being undeserving of those songs. I’m thrilled to play “Rock & Roll All Nite.” I’m thrilled to play “Love Gun.” I’m thrilled to play “God of Thunder,” “Detroit Rock City,” and on and on and on. So, those songs are rallying cries for us and our audience. Our connection to our audience is so strong because we never lose sight of wanting to please them.

The KiSS singer continued: “And on this final tour, this is the ultimate KISS show. It’s bombastic. It’s over two hours of all the songs you want to hear. It’s a unique opportunity to know that this is the last time. Many times in life, we all find ourselves losing someone, or losing something, and saying, “If I had only known, I would have done something different.” Well, instead of going out with a whimper, we’re going out with a bang! And this is a victory lap where we all get together—because it’s like a congregation of everyone cheering for what we’ve accomplished. And by “we,” I mean us and the fans.” Paul Stanley calls out ‘overweight’ KISS icon photo.