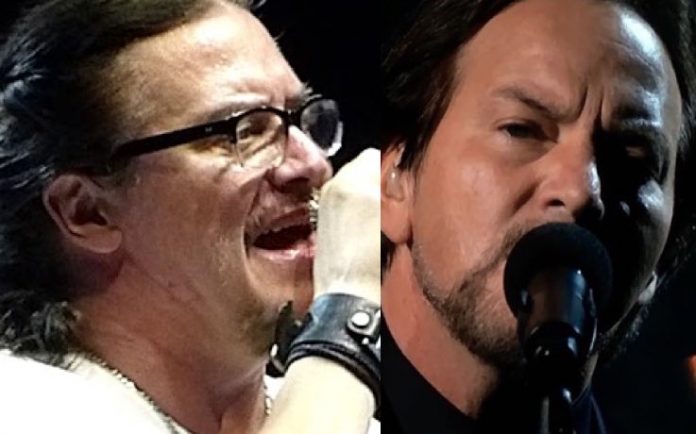 Pearl Jamand Faith No More will both release new albums in 2020, according to Hellfest promoter Ben Barbaud in a new Ouest France interview. He said about Faith No More, who will play Hellfest and other European festivals, “They will release a new album and go on tour.” The two could also both end up playing Rock Werchter in summer 2020.

A rumor on the Ten Club has surfaced that Pearl Jam are in negotiations to perform in Texas in 2020, with some mentioning Austin as a possibility. Pearl Jam performed at the Austin City Limits Music Festival in 2009. Pearl Jam ‘canceling’ and rescheduling some planned 2020 shows was reported in a rumor yesterday.

SandyRavage wrote on the Ten Club board about talk of the 2020 North American tour, “I don’t want to put the idea in peoples heads that this is going to be an exact repeat of 2016, even though its been 4 years (holy shit) since then, but do we think they might play some shows in the US before Europe next year? I think thats how it was done in 2016, and before the announcements, the European rumors were stronger than the US rumors probably because its harder to get holds and prepare for Europe.

The reason I say this is because Jazzfest in New Orleans lineup usually comes out at the end of December or early to late January at the latest. PJ played in 2016, and before that in 2010. I have a feeling they did so good in 2016, the talent buyer that booked them knows they are going to tour and would do anything to have PJ back at the fest. Jazzfest is usually held over 2 weekends, the last weekend of April, and the first weekend of May.

There are manyyyy spring festivals around this time, not to mention Innings, as well as others Ed or the band have been apart of before. This is all pure speculation, but could we see mini US/Festival run in spring 2020, with a full European tour and a massive election based tour in the US/Canada in the fall?? Just thought i’d add some speculation instead of “PLAY MY CITY PLEASE :)”