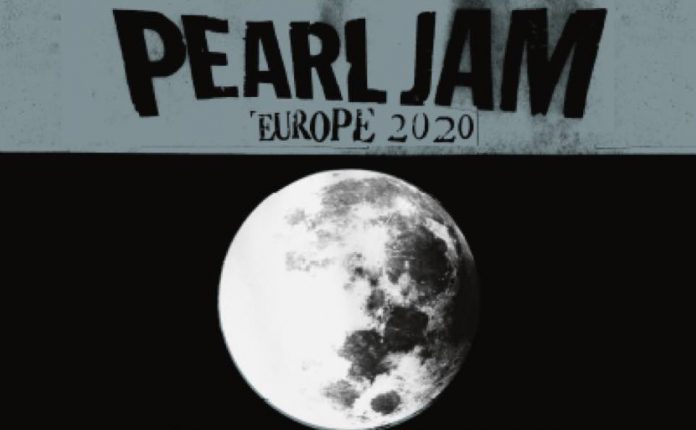 Pearl Jam appear to have finally confirmed that they will tour Europe in summer 2020, after a list of rumored cities leaked last week. Pearl Jam and Eddie Vedder always sell their tickets for shows in Germany on Tickets.de, and that website now has a ‘Pearl Jam Europe 2020’ image and tour page up, though no dates and tickets have been officially revealed yet. Pearl Jam last toured Europe in 2018, and Eddie Vedder played some shows solo this past summer.

JackD posted on the Ten Club board about the image and new tickets page, “Well, 2018 they changed their color scheme about 3 weeks in advance but the picture in the header on very short notice. I guess it‘s anytime between tomorrow and next week Friday.”

PJNB responded, “For us people not having a clue what this is aside from a German site can someone update whats going on here? Is this a well known site or something?” MRK2 wrote, “tickets.de is the company that always sells PJ / EV tickets in Germany. As official as it gets.”

Pearl Jam insider Dimitrispearljam later weighed in, “There is no pro with capacity of the venue in Frankfurt. From my understanding had to do which place had open dates of what they band want to do in the begin of the tour. And of course it’s super legit the German site. It’s the one holds Pearl Jam public ticket sales in Germany.”

Pearl Jam are also rumored to tour in North America in 2020, but no concrete details or rumors have surfaced yet about any imminent dates or announcements. Pearl Jam are rumored to play in a city where a tragedy took place next year. 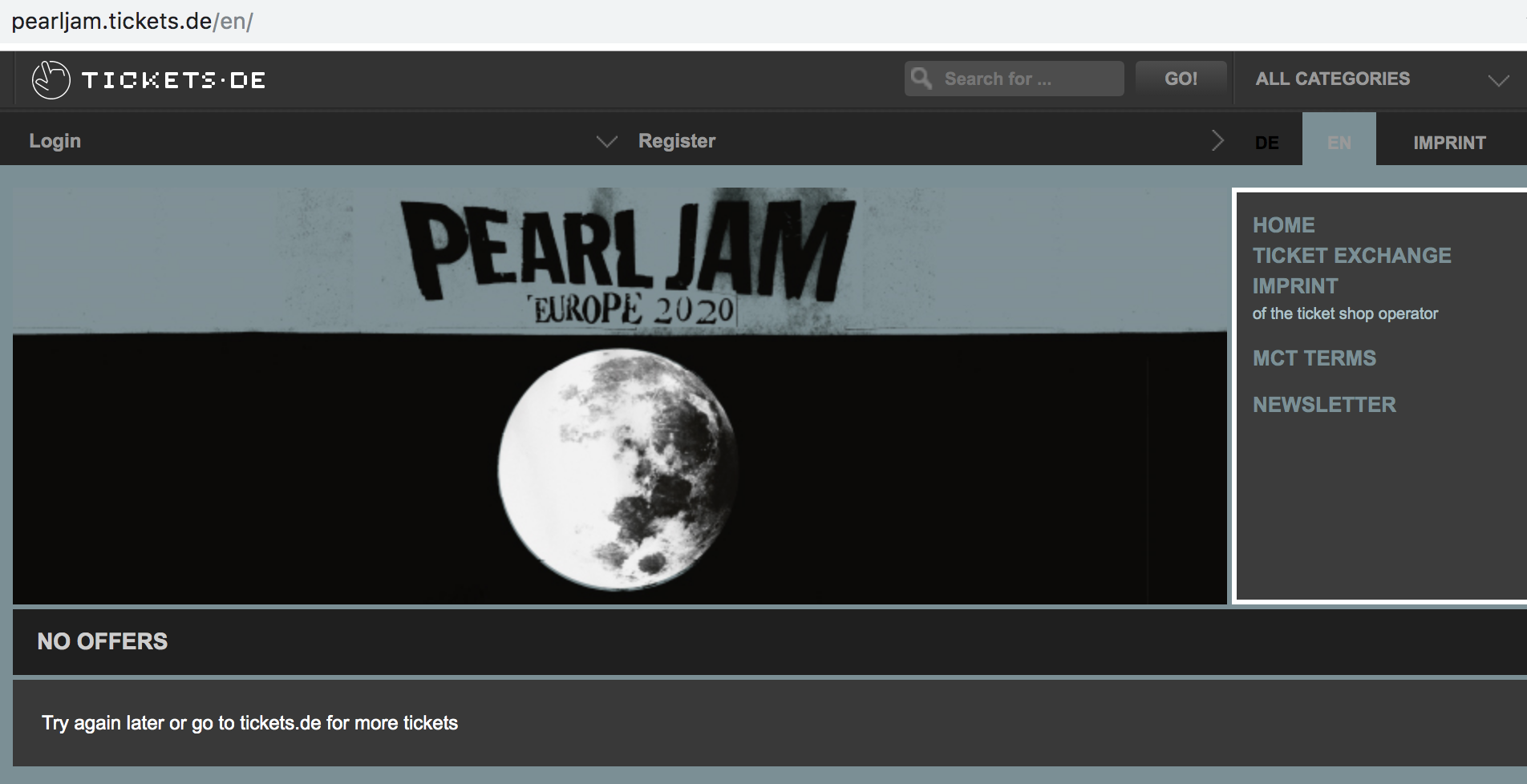