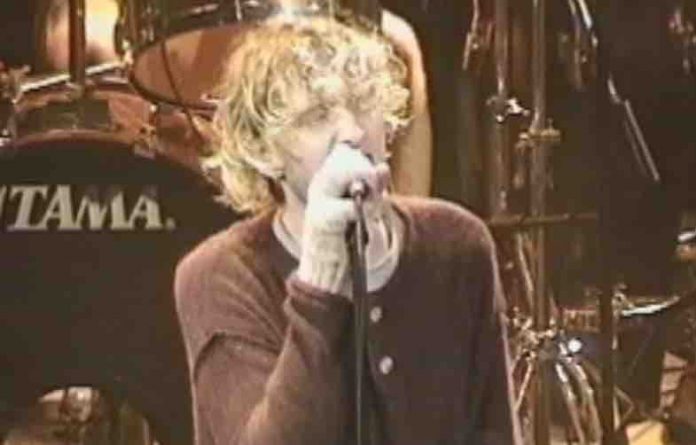 Pearl Jam guitarist Mike McCready discussed breaking a guitar during a performance with Layne Staley in Mad Season with Guitar.com.

The interviewer pointed out that at a Mad Season show that took place at Seattle’s Moore Theatre in 1995, McCready repeatedly drove the headstock of his original ’60 into a Marshall speaker cab during a “November Hotel” performance, which broke part of the guitar.

“You know, I think it might have happened at that show,” says McCready. “I need to be honest with you, I don’t remember exactly where that happened. I remember that it did happen, though, and I was really not that excited about it! I had been trying to do it methodically, you know, so I would just hit the speaker and it looks cool and it makes weird sounds, but I don’t break the neck, because I used to do that all the time with my other Fenders and break so many of them.

“But with this one, I was trying to be careful, and in my craziness to get into what we were doing, whether it was a Pearl Jam show or that Mad Season show, or a Neil Young show that we played because I thought for a long time it was this Neil Young show that we did when I was trying to get some crazy sounds at the end of Down By The River, but I just went for it and I hit the wood of the speaker cabinet and that knocked the cap off the top of that guitar.

And I don’t know to this day where that chip went, but I immediately said to myself, oh, don’t ever do that again to your guitar. But I love that Vincent at Fender has re-created that ominous chip exactly like it was. And even down to how the sticker came off up there.”