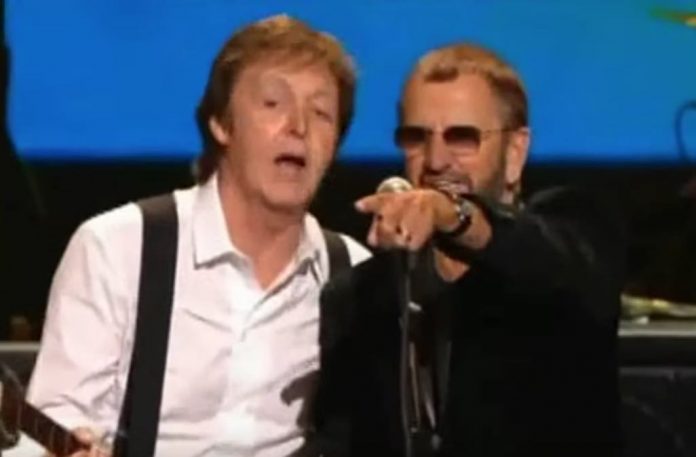 Denis O’Dell, the producer of two films starring the Beatles, as well as many others, recently passed away. O’Dell is survived by his wife, Donna O’Dell, daughter Denise O’Dell, daughter Laragh O’Dell, and sons Shaun and Arran O’Dell. He is also survived by thirteen grandchildren and thirteen great-grandchildren according to Variety, the producer died of natural causes in Almería, Spain in his home in San José, Cabo de Gata. He was 98. The Beatles also sent out an official statement regarding his demise. Paul McCartney also recently revealed how he feared death during a car accident.

The Beatles confirms the news

The official Twitter of The Beatles, whose surviving members are Paul McCartney and Ringo Starr, sent out a couple of Tweets, confirming the reports in the process. It read:

“Our thoughts are with the family and friends of Denis O’Dell, who has passed away. Denis first worked with The Beatles on the film A Hard Day’s Night as associate producer, but he continued to work with the band as producer of Magical Mystery Tour, How I Won The War (with John)”

“became Head of Apple Films in 1968. Denis was the supervising producer of the 3 week shoot in January 1969 which became the source material for the recent Get Back trilogy.”

and became Head of Apple Films in 1968. Denis was the supervising producer of the 3 week shoot in January 1969 which became the source material for the recent Get Back trilogy.https://t.co/IxxzpUDOvh pic.twitter.com/owHwDe2Yw8

O’Dell had already produced six films by the time he worked with the band, starting with the 1958 crime drama Tread Softly Stranger. He was also credited with writing the screenplay for the film. His first credit working with the Fab Four was associate producer of 1964’s A Hard Day’s Night, which starred the band.

After working as an associate producer in How I Won the War, O’Dell took the full producer spot for the TV movie Magical Mystery Tour. O’Dell also tried to get an adaptation of the popular Lord of the Rings novels off the ground.

The film would have starred Paul McCartney as Frodo and Ringo Starr as Samwise, John Lennon as Gollum and George Harrison as Gandalf. They wanted to even have Stanley Kubrick on as director, but the project was ultimately shut down by Tolkien himself.

O’Dell ultimately had a positive impact on the bands’ success. O’Dell is credited with convincing John Lennon to travel to Almería to work on How I Won the War. His experiences there would inspire Lennon to write and compose much of “Strawberry Fields Forever,” which was a large success for the band.

The Beatles would pay a small tribute to the producer later on down the road. In one of their final songs recorded, “You Know My Name (Look Up the Number),” Lennon introduces McCartney playing the character Denis O’Bell.

O’Dell would later on produce bigger projects, such as 1975’s Royal Flash, 1974’s The Offence, and 1976’s Robin and Marian starring Sean Connery and Audrey Hepburn. O’Dell’s last producer credit would be Peter Jackson’s 2021 three-part documentary series The Beatles: Get Back. The series is available now on Disney+.

In 2013, he was given the Almería Land of Cinema Award by the Almería Short Film Festival, the festival’s highest honor.