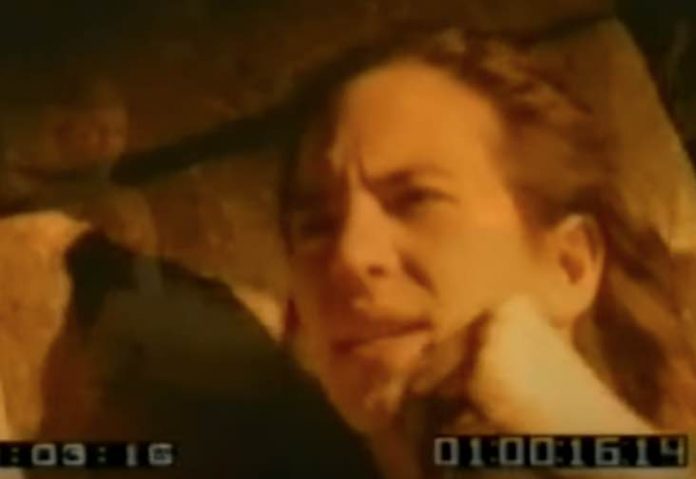 Pearl Jam‘s original “Even Flow” music video has finally leaked after 28 years. This video, directed by Rocky Schenck, was shot on January 31, 1992, with today being the 28th anniversary of when it was filmed. Eddie Vedder recently discussed a big name replacement on Pearl Jam’s new album Gigaton.

The video was filmed in Los Angeles just before Pearl Jam were set to fly to England to begin their European tour. The initial video idea was Stone Gossard’s, with Pearl Jam filmed in a ‘zoo’ setting. The look of the video is similar to many popular Grunge videos of the time, including Alice In Chains’ “Them Bones” and Stone Temple Pilots’ “Sex Type Thing.”

Dave Abbruzzese hurt his wrists during the shooting, and he was taken to an emergency room when filming was done. Pearl Jam weren’t happy with the video, and ended up releasing a live performance video instead, rarely ever releasing traditional music videos in the 90’s outside of “Jeremy.”

Better Than Nothing Videos commented on YouTube, “How is a video from 1991 4k? Did you just take the tape and render the mp4 as 4k? Ed’s a bit exaggerated in his performance. And he’s rolling around like Layne in Man in a box.”

Uncelestial’s Pleasuredome responded, “Yep, that’s what happened! The benefit of upscaling is that YouTube’s ABSOLUTELY HORRIBLE ENCODING gets out of the way. Sure, the source material was originally 480p, but go ahead and select “480p” with the quality setting here and tell me it doesn’t look a lot, lot worse.

I don’t miss the mugging from Ed, yeah. This had a bit of that going on. But I think that was just his way of being intense. He even did that during soundchecks!”

Mason 23 chimed in, “How the hell Dave finished the video recording with the hands injured, he seems that he is playing normally.” Billy Corgan recently reacted to Pearl Jam teaming up with Ticketmaster for their 2020 tour.