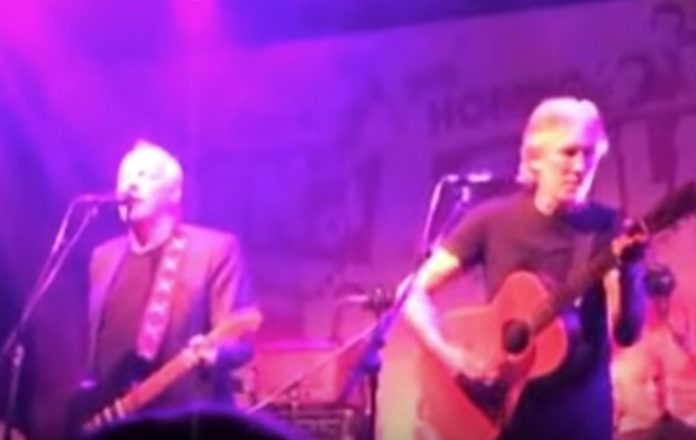 Pink Floyd singer/guitarist David Gilmour discussed the final moments of Roger Waters’ tenure as Pink Floyd frontman and how the band gradually moved on from him, bringing back former member Richard Wright who had been previously fired by Waters during the recording of the group’s landmark 1979 album, The Wall. He said recording ‘The Final Cut’ was a miserable time, looking back at that infamous Pink Floyd album.

Gilmour stated: “We all knew that Roger [Waters] was gonna go. Roger wasn’t happy, we weren’t happy and I always knew you want to carry on. Nick [Mason] seemed keen. I bumped into Rick [Wright] in Greece on holiday that Summer and talked to him about the possibility of carrying on [Pink Floyd]. He was also very keen. Initially, we met up on the boat in 1986. Bob Ezrin and I got in because he had done the Walworth back in 1979 and had worked on some solo albums with me. I learned a lot from Bob and he’s a valuable person to have on board. We started working on pieces of music that I had done and come about Christmastime we had some good shape and knew it was going well.” David Gilmour revealed why Roger Waters quit Pink Floyd the other day.

Gilmour continued: “One day I just felt this thing coming on me which became ‘Sorrow’. I wrote five verses one evening and they just flowed out of nowhere and there are great serendipitous moments that you recognize later as having been very valuable. I wrote words first, I read music afterward that I went in and demoed it all on the boat. I guess that was kind of a turning point. I knew that we were on a good roll and this thing was going to work.”

The Pink Floyd legend concluded: “I felt confident, you know, that the record companies would want us to do an album, [and] would be happy to take a good album from us. Obviously it was different. Roger not being there but in some ways, we felt freed up. The tensions of the last couple of albums, particularly ‘The Final Cut’ were gone and it was just us together, writing and putting stuff down and there was a sense of freedom and optimism.”

Fans recently took to social media to declare their thoughts on Pink Floyd’s classic 1987 album, A Momentary Lapse of Reason. One fan wrote: “It sounds very 80’s. Is there any sound that is more quintessentially 80’s than the gems on this album? You could argue that is sound is dated, whereas their previous albums sound timeless, but what is more timeless than the quintessential sound of a genre? This is as good as any of their best work, and one of the all-time greats.” Pink Floyd recently revealed a disturbing Roger Waters phone call.