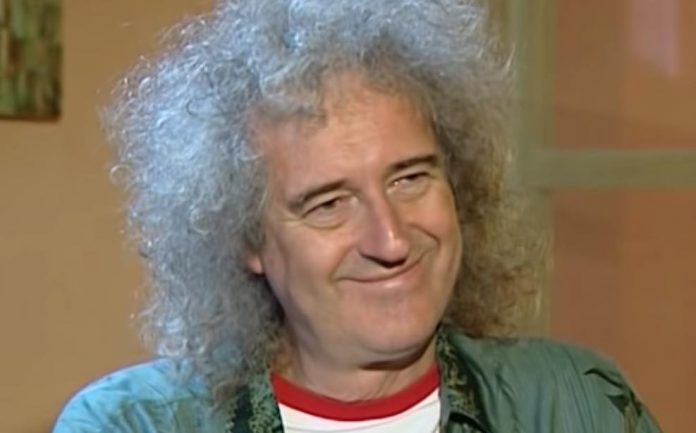 Queen guitarist Brian May announced an intimate Kerry Ellis show on his Instagram page. Ellis is a singer and actress who May has released two albums with, 2013’s Acoustic by Candlelight: Live on the Born Free and 2017’s Golden Days.

“Last chance to get a ticket for a one-off Kerry Ellis intimate show. For details check @kerryellis79 – Bri.”

Golden Days was originally to be called Anthems II, named after Ellis’ album Anthems, which May produced and wrote or co-wrote five of the songs. It was scheduled to be released in March 2017. The release date changed to 7 April 2017 as did the album title to Golden Days[1]

In a press release, May said of the album:

“This album is a true collaboration between Kerry and myself. Five years ago, Anthems was the result of me producing an exciting new artist – Kerry Ellis. This new record has both our names on it, and breaks new ground. We produced ourselves together as a team. I feel confident it’s the best thing we’ve ever done and a worthy testament to 13 years of belief. It also happens to feature Britain’s most beautiful voice!”

May wrote on International Women’s Day, “… to you all — and especially to all the great ladies in my life …. Bri.”