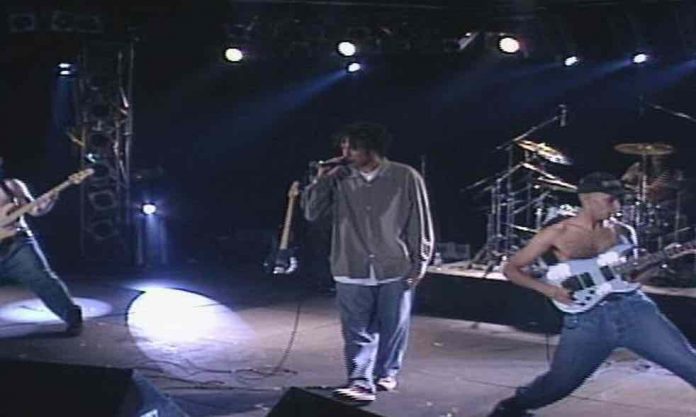 Megahawk84 posted, “Reunion is great, but lets get a revolutionary comeback of new tracks. Money rules the world. But Rage is the fist the world needs. RATM fights politics, so why not fight the internal politics and give the fans a breath of fresh air with new content to live by?”

circusbass commented, “I don’t think we are going to get any content at this little mini reunion tour. Honestly, that probably best. Not to say they couldn’t come up with content that knocks out socks off. I just think for the purpose of this reunion they will stick to the classics.

That’s how it should be. Reunite with the band and tour a bit with the old material. If it works out then maybe try to write new songs. But don’t force it. The greatness of Rage is that their catalog sounds fresh even to this day.”

The Rage Against The Machine reunion tour was ‘banned’ by a big name. The_ham_guy wrote, “‘RATM fights politics.’ Uh… i think you are listening to them wrong.” Mexican5020 said, “Ummm the direct action encouraged in RATM songs is a little more intense then typical ‘protest’ lol.”

Megahawk84 asked, “Do you agree with him that Rage music is not fighting politics?” The_ham_guy answered, “You are right but it is not ‘fight politics’ nor is it ‘anarchy.'”

Megahawk84 said, “Agreed it’s not anarchy. We not starting another hong kong scenario here. Any1 listen to know your enemy and tell me I’m listening to Rage wrong? ‘Something must be done about vengeance a badge and a gun.’ Still relevant. ‘What? The land of the free? Whoever told you that is your enemy.’ Rage Against The Machine. The name itself is political. The ‘machine’ is the government, the elite, the system.” Rage Against The Machine reveal their real reason for reuniting in a new photo.