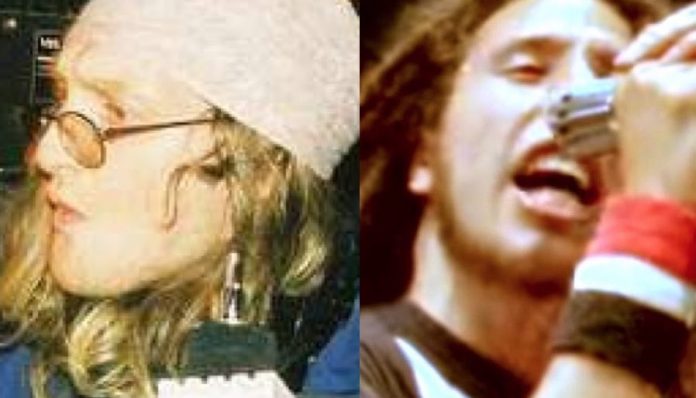 Rage Against The Machine guitarist Tom Morello revealed that late Alice In Chains singer Layne Staley’s final album performance was a Pink Floyd cover with himself, Stephen Perkins, and Martyn LeNoble, appearing on The Faculty film soundtrack. Pearl Jam made a ‘dark’ Layne Staley revelation a few months ago.

Morello wrote on social media, “Thinking of these two today. #LayneStaley had a sharp wit, great sense of humor and of course an incredible and unique singing voice. We would playfully argue about which of us was “more metal.” His last recording ever was “Another Brick In The Wall” which we did with Stephen Perkins & Martyn LeNoble.

His longtime girlfriend #DemriParrott was a friend too. She appears on the @aliceinchains Dirt album cover. While Layne was quiet, Demri was wonderfully CRAZY. She was the concierge hostess for bands passing through Seattle. She knew all the best pinball and late night dining spots and had a wild and sweet soul, a true one of a kind. She passed away from an overdose a few years before Layne did and I miss them both.”

Morello also wrote about Alice Cooper, “Happy birthday, @alicecooper! SIX of the first ten concerts I ever attended were Alice Cooper (the other four were: 3 KISS, 1 Led Zeppelin). Always loved Alice as a songwriter and performer. Billion Dollar Babies, Generation Landslide, Schools Out, Welcome To My Nightmare, Who Do You Think We Are, the Killer album, Go To Hell, Flush The Fashion. Still putting on great shows today. Cheers, Alice, have a great one and THANKYOU.” Rage Against The Machine’s singer ‘collapsing’ was just revealed.