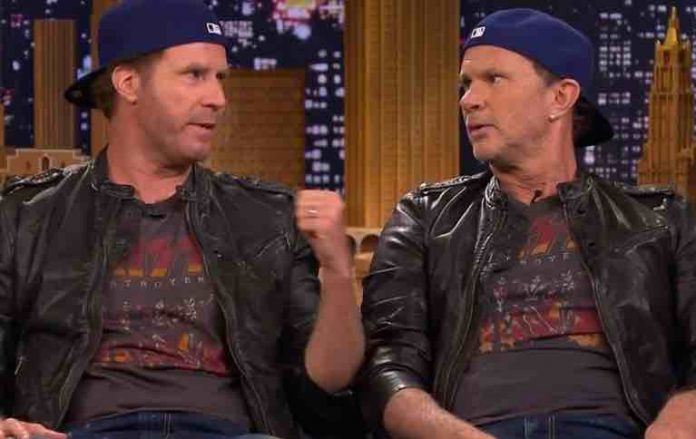 Red Hot Chili Peppers drummer Chad Smith is best known for his hits “Dani California” and “Californication,” but it turns out he’s had a very expensive New York Home in the Hamptons! Smith is selling his “private waterfront oasis” in Montauk, NY, for $15 million. The property is 4 acres with 259 feet of sandy beachfront.

The house itself is 4,750 square feet with 5 bedrooms and 5.5 bathrooms. There is also a pool in the backyard. There is also a detached guest cottage that could be used as an office. Smith owns a home in Malibu as well that cost $8.6 million in 2006, during the Stadium Arcadium era. Jennifer Landey with Sotheby’s International Realty-Bridgehampton Brokerage has the listing, so if you are a rich rocker reading this, you can contact him!

Red Hot Chili Peppers fired Josh Klinghoffer last year to bring back John Frusciante after a decade. The reformed band are working on their first album in 14 years with Frusciante, with a 2021 release expected.

RHCP were scheduled to play festivals this year with Frusciante, but the worldwide pandemic pushed back those plans until 2021. Frusciante, Anthony Kiedis, and Flea reunited with Jane’s Addiction drummer Stephen Perkins filling in for Chad Smith at a memorial event in February. Smith was busy at an art event in Florida, so he could not make the performance. John Frusciante detailed why rock is ‘dying’ in an interview yesterday.