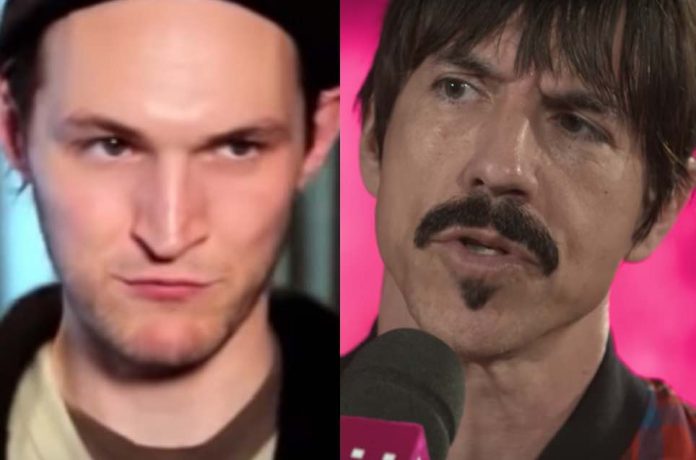 Klinghoffer reportedly had some sort of face to face meeting with Anthony Kiedis, Flea, and Chad Smith where he was informed about Frusciante’s return, though John himself wasn’t present.

He posted, “A little insight on John/Josh from Chad. Asked about it at the art show yesterday, paraphrasing:

-When they told Josh, he said he kinda sat there for a minute and he said he was really happy for them.

-Nothing but love and respect for Josh, but mentioned the chemistry with John.

Not much, but thought I’d share. He’s also into Harry Potter, at least because of his kids lol.”

Yerbabuena4 commented, “I already imagined that the motivation came from John and not Josh. Poor guy, as I’m sure he would have loved to carry on, but what if the world would have found out that JF wanted to rejoin RHCP and Josh didn’t wanna leave on friendly terms. He probably didn’t really have a choice. Great move from him anyways, best of luck!”

Rated_PG-Squirteen responded, “Of course it did. John didn’t even attend the HOF ceremony, and it was clear that ever since he left more than ten years ago, he had minimal to no contact with the rest of the band during that period. So who in their right mind could possibly think that it was actually Josh who decided to leave, and Anthony and Flea, in their panicked state, decided on a whim to call their previously estranged lead guitarist and John was like, “Ok, cool, see you guys in a few days!”

John obviously had a recent change of heart, he reached out to Anthony and Flea, and the rest is history.” Josh Klinghoffer ‘refusing’ a firing demand was just revealed.