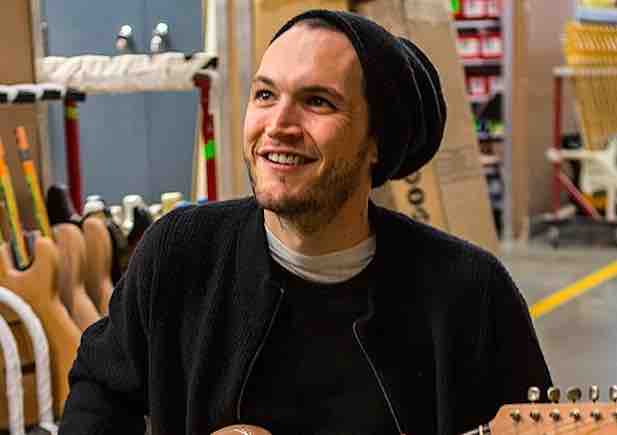 Former Red Hot Chili Peppers guitarist Josh Klinghoffer revealed that he thought about the money he will be losing after being fired in a new Rolling Stone interview, and how he expected another tour to be his last big paycheck. Josh Klinghoffer ‘refusing’ an RHCP firing demand was also revealed.

He said, “So the moment they told me, I was able to freeze that emotion and protect those feelings toward them and not be, a year later [if] my finances are getting tricky, be like, ‘Those guys!'”

He said he envisioned staying on for another tour, and admitted to spending a lot of his money, with hopes of saving it on a potential 2020 tour.

“At least for one more tour, right? Because we were through writing another album. I’ve never been good with money and I love spending it, but this time around, I thought, ‘Yeah, how much longer can this go on? These guys are getting older. It’s not like they like touring long… they don’t do it like they used to.

This time around, I’m gonna be a little more responsible and put some [money] away’ — doing all that stuff with your parents’ voices in your head. I don’t think along those lines — I’m such a child when it comes to that and I’ve always been that way and being in their band allowed me to be that way. And it was a beautiful thing. But I was getting older now. I’m 40, like, OK, maybe I should be a little more responsible. But at the end of the day, I was really looking forward to making one more record.

Josh Klinghoffer brutally unloaded on John Frusciante fans recently. Riveraulwick commented on Reddit, “I’m not sure what I think about all this besides I hope Josh appreciates his own self worth in the end.

I’m selfishly happy to get to hear more rock music from John. But honestly I’m disappointed with how John handled everything. He has repeatedly disappointed me with his interpersonal decisions with the band. But that is just part of who he is…for better or worse.”

Douguee said, “Hearing the podcast I thought he was ok with the firing, but reading this interview I sense some bitter feelings. I don’t judge him, they screwed him big time.”

Stanksnax chimed in, “The Marc Maron podcast? That’s what I was thinking, he seemed a lot more objective and chill about it. He said he was expecting it too.

And while I agree it’s a shitty move, he does mention the level of the musical relationship between John, Flea and Chad. Those three make magic together, and as a musician you can’t ignore that bond. So I get it..”

You can read the full Josh Klinghoffer interview at Rolling Stone.