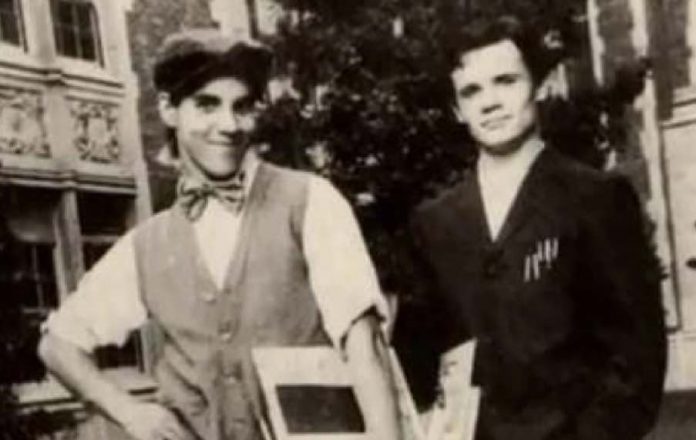 Red Hot Chili Peppers bassist Flea discussed getting high on drugs at 12 years old with teen girls at a nude beach during an ‘Acid for the Children’ book signing recently. Flea made a ‘terrifying’ drug claim a few days ago.

“The cover of my book is a picture of me, I’m 12 years old smoking a joint on a nude beach in California. I remember the day very well, I was with my sister, my older sister and two of her friends, and one of my sister’s older friend’s little brother. We were in 7th grade, and we went down to this nude beach, and we were getting high. I started getting high when I was real young.”

Foo Fighters disrespecting Red Hot Chili Peppers were recently revealed. Flea added, “I remember I was blown away because my friend’s older sister, I really had a crush on her, and she was buck naked and jumped in the ocean, and the water was on her breasts, and I was 12 years old. I was coming into that age where you are really aware of yourself sexually, it was wild, and I got real stoned, and sat there on the beach and stared at the sky.

All the feelings that were changing me hormonally and emotionally and mentally, I had just moved to California from New York. It captures a moment in my life that I thought was kind of symbolic of my book. The title, Acid for the Children, in one way I dislike the way those words sound together, and of course I don’t want to encourage children to do LSD, that’s not what I’m trying to say.” John Frusciante leaked new songs recently.