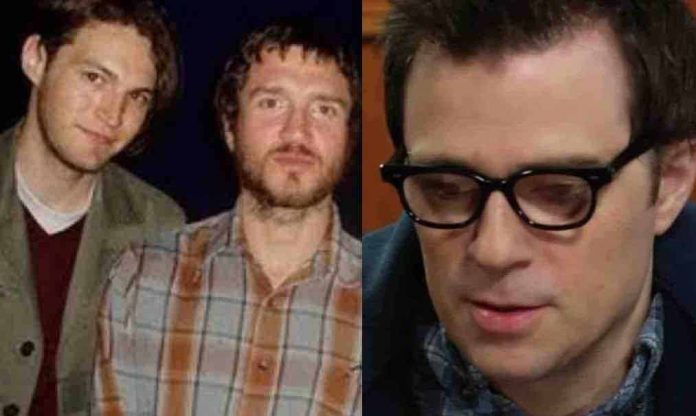 “I remember once I jammed with Rivers [Cuomo] from Weezer and he asked if I had any songs, which was a total surprise. I remember nervously trying to teach it to them. I was shy for a long time… probably still am to a degree. It was called ‘Window,’ that song – it sounded like ‘Mutations’-era Beck to me.

I wound up playing with Beck about six years after that song was written… I should’ve shown it to him. He probably would’ve had a good chuckle. I actually still quite like it. Maybe I’ll record it, probably someday. Release it with the original as a B-side. Ha! It’s late, I’m talking crazy.”

Klinghoffer also revealed that he is not on bad terms with his former Red Hot Chili Peppers bandmates.

Josh Klinghoffer ‘asking’ for a John Frusciante reunion recently leaked. Panchostra commented on Reddit, “You guys are reading too much into this.” HugeRockStar added, “For real. This is the music industry. Reunions are huge. I honestly wouldn’t be surprised if 10 years ago John needed a break to go be an artist and step out of the spotlight for a while and everyone including josh knew he’d be back at some time to cash in on a reunion. Not everything they say in the media is real. Who knows. But almost every single big breakup does the reunion cash in at some point Josh should not be surprised lol.”

Liamnyk added, “It sounds like something happened between him and John possibly then? Not sure but he knows for a fact the band love him so he has to be referring to John.”

K0stil concluded, “Back in 2016 he said they aren’t on speaking terms. Not because they have bad blood but because it would be awkward. I bet its the same now. Nothing happened, people just grow out of each other.” You can read the full Josh Klinghoffer interview at Ultimate-Guitar.