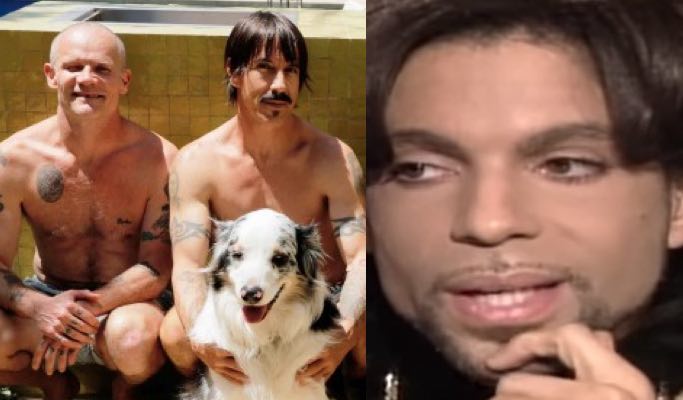 Late Red Hot Chili Peppers guitarist Hillel Slovak relapsed on heroin leading to his overdose death, and Flea recently read an excerpt from his new book ‘Acid for the Children’ where he discussed Slovak’s death. Flea and his pregnant wife Loesha arrived home in June 1988, and Flea received the news on the phone. He said that in the apartment Slovak lived his final days in, he would often dance to Prince’s music. John Frusciante showed off a new haircut yesterday.

“Hillel was dead. I crumpled to the floor. No more nothing. No more dancing, no more arguments or petty bullshit. No more supportive discussions. No more yearning. No more discovering ourselves together in funky grooves. No more of the easy laughter at the unsaid jokes. No more chance to fix it.

No more righting the ships in our fleet going straight out to see. No more outdoing each other in the absurd. No more of the soulful guidance and profound [discussions] time and time again. No more nothing. His inspiration lives in me. I would never be the Flea you all know without him.”

A Red Hot Chili Peppers icon’s massive reunion offer was revealed a few weeks ago. Flea later added, “Hillel I love you. In my dreams I love you. In my soberest assessment I love you. In my thoughtless silence, the sun rises and sets for you. For awhile I was obsessed with questions. I wondered what it was like for Hillel on that hot and muggy day, in that apartment he was so happy about, where he partied, made love, danced to Prince, and created his funky start rhythms.

Did he feel death coming when he shot that last dose of smack? An enveloping darkness, did he drift away painlessly into a pleasant either? Did he panic as life drained away, or was it just the numb sensation of the conscience mortal world?”