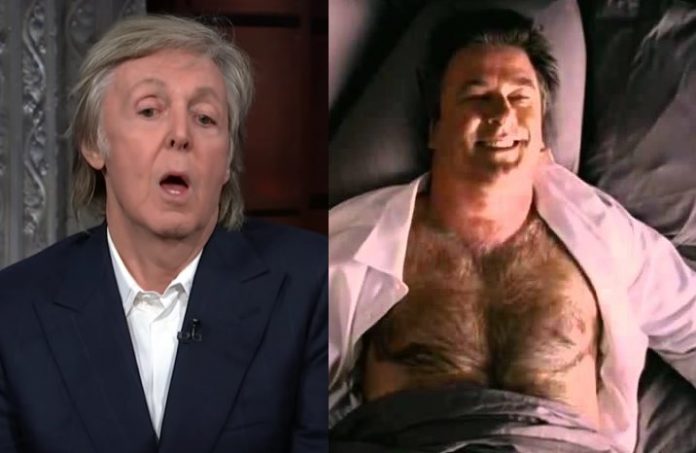 The Beatles icon Paul McCartney’s daughter Stella has revealed a photo Alec Baldwin sent her from his bedroom. Ringo Starr made a sad Paul McCartney bathroom claim a few days ago.

“Thank you @alecbaldwininsta for nominating climate justice activist #KallanBenson for the #StellaMcCartneyTodayForTomorrow Award.⁣
⁣
Don’t forget, you can help us support a new generation making change by nominating someone under the age of 25 who you think is leading or doing something big or small for the current climate crisis that we are all facing.⁣
⁣
Upload a video to Instagram tagging their name and reason why they should win using the hashtag #StellaMcCartneyTodayForTomorrow.⁣”

Stella also wrote, “Hi @KaiaGerber! Thank you for nominating @FranSummers for the #StellaMcCartneyTodayForTomorrow Award.⁣⁣⁣ ⁣⁣⁣
⁣
Paul McCartney’s daughter was recently spotted ‘dating’ Drew Barrymore. She added, “The winner of the award will receive a mentorship programme at Stella McCartney HQ and a donation to the eco or animal welfare charity of their choosing.⁣⁣⁣”

Paul McCartney posted on his official website a couple of days ago, “Dear Robert Freeman has passed away. He was one of our favourite photographers during the Beatles years who came up with some of our most iconic album covers. Besides being a great professional he was imaginative and a true original thinker.

People often think that the cover shot for Meet The Beatles of our foreheads in half shadow was a carefully arranged studio shot. In fact it was taken quite quickly by Robert in the corridor of a hotel we were staying in where natural light came from the windows at the end of the corridor. I think it took no more than half an hour to accomplish.

Bob also took the Rubber Soul cover; his normal practice was to use a slide projector and project the photos he’d taken onto a piece of white cardboard which was exactly album sized, thus giving us an accurate idea of how the finished product would look.

During his viewing session the card which had been propped up on a small table fell backwards giving the photograph a ‘stretched’ look. Instead of simply putting the card upright again we became excited at the idea of this new version of his photograph. He assured us that it was possible to print it this way and because the album was titled Rubber Soul we felt that the image fitted perfectly.

I will miss this wonderful man but will always cherish the fond memories I have of him. Thanks Bob. Love Paul.” Howard Stern recently revealed a Paul McCartney hotel room demand.