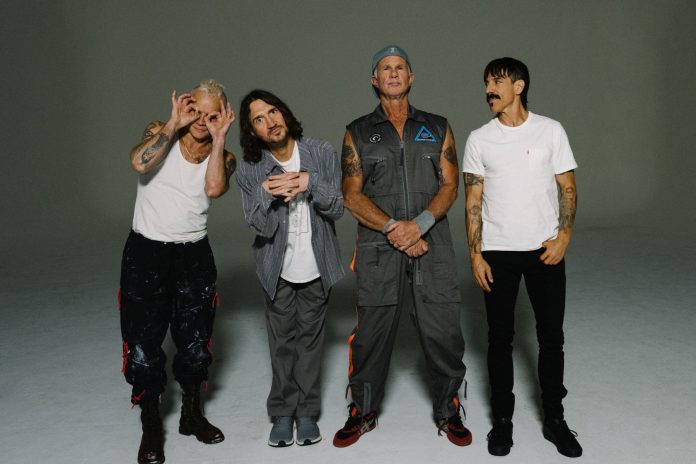 As if we all thought that the Red Hot Chili Peppers were only releasing one upcoming record. It seems that the legendary band will be putting out more than just an albums worth of music. This comes to us like shades of ‘Stadium Arcadium’ which was a hit multiple record feature. The band recently spoke up about this and all fans are wondering what could possibly be next as the band increases not only their longevity, but their discography as well.

In a recent interview, The band spoke about what was next for them and how you really can’t pinpoint what the band is going to do next as they’re forever changing the grand scheme of what music means to them.

Via NME, Anthony Keidis stated: “We’re gonna put out music by the handful – literally. Don’t be surprised if another wheelbarrow of songs comes your way in the near future. We have a lot of sh*t to turn people onto.” It was stated by NME that they tried to get more info out of the singer, but he wouldn’t budge with his stance on not opening up anymore about what was just said.

John Frusciante, however, is happier to discuss the band’s next record after ‘Unlimited Love.’ John says there’s a “loose plan” for a second album after ‘Unlimited Love’ – and that the band “recorded almost 50 pieces of music” during the Rubin sessions: “We definitely have enough material that we love.” Even more excitingly, he adds that this other project “has a relaxed energy that’s distinct from the intensity of the record that we’ve made here”.

With the band back in full force fans and expect a lot more as the band continues their path of not retiring anytime soon and making phenomenal music that all can enjoy. We will continue to monitor this as there should be a lot more information coming out soon.