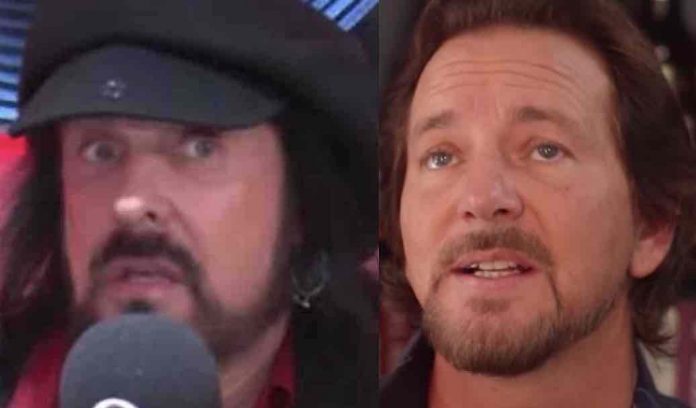 Eddie Vedder has faced a lot of backlash in his illustrious career that has spanned over the course of 20 long years. Not many bands are have come after Eddie Vedder for his views or for his opinions, but some have come at his character. Now, usually people Beco after Eddie Vedder and Pearl Jam are on the smaller scale of the music industry. It’s hard to find bigger bands and large artist that have a problem with other bigger bands and large artists. However, there may be an exception with Nikki Sixx from Motley Crue.

Nikki Sixx recently stated some choice words about Eddie Vedder and Pearl Jam as a whole. We should come no surprise as Nikki Sixx has never been known to keep his opinions, no matter how salty, to himself or within just his immediate circle.

Nikki shot back: “Made me laugh today reading how much the singer in Pearl Jam hated @MotleyCrue. Now considering that they’re one of the most boring bands in history it’s kind of a compliment isn’t it?”

As of now, Eddie Vedder has not made any statements back at Nikki Sixx and we are unsure if he will due to the current temperature of the situation.