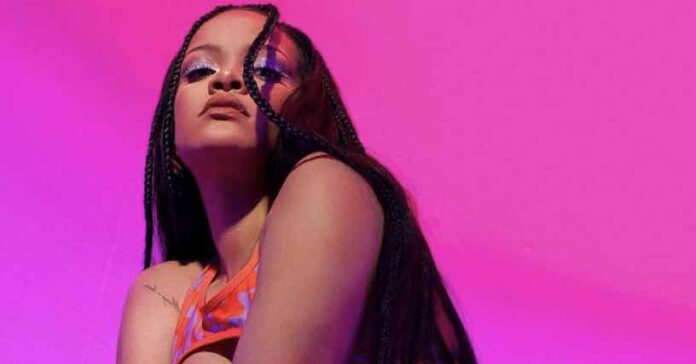 Rihanna has decided that she wanted to show the world some of her new clothing. Needless to say, no one asked, but she decided to show it anyone. She maintains that the clothing comes from her V-Day Collection. We presume she is referring to Valentine’s Day which happens upon the world next month, February.

As per Yahoo, it’s been nearly seven years since Rihanna last released an album, but the billionaire and mother (to her son and to us all) is back in full swing. She’s on the awards circuit thanks to her song “Lift Me Up” from Black Panther: Wakanda Forever, which was nominated for a Golden Globe; she’s gearing up to perform at the Super Bowl halftime show on February 12;  and all the while she’s promoting her Fenty brands. In a new Savage x Fenty ad just in time for Valentine’s Day, Rihanna modeled two looks from the new Sport and Lingerie collections.

The 34-year-old shared the photos on her Instagram grid this week. In the first look she’s wearing a purple and orange two-piece set, featuring leggings and a bra top with a massive cutout. She’s wearing high heels (sporty!), and light purple eyeshadow to match the outfit.  She captioned the post “#savageXfentySPORT V-DAY drop.”