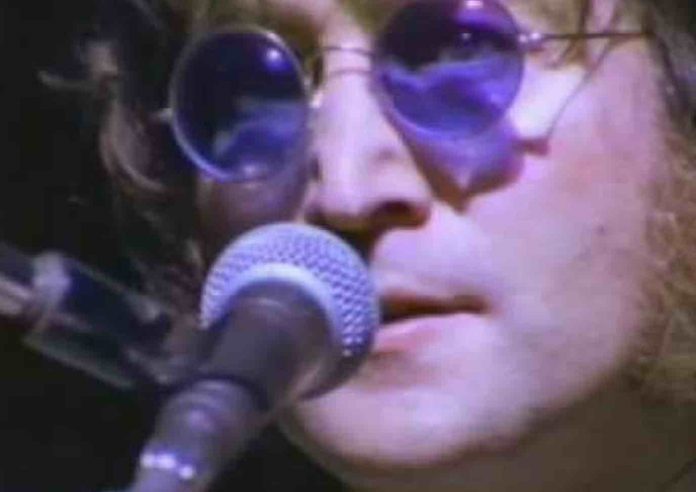 The official Twitter account for late The Beatles icon John Lennon tweeted out the following quote. The quote is in reference to an old interview that took place for the September 29th, 1980 issue of Newsweek Magazine and served a promotional effort for Lennon’s upcoming Double Fantasy album. Here, Lennon discusses why he believed The Beatles not touring was the ultimate catalyst for the group’s breakup, equating this to what really killed acclaimed rock and roller Elvis Presley. The Lennon account wrote the following. This John Lennon awful ‘mad drunk’ video was revealed.

‘The seed was planted when the Beatles stopped touring and I couldn’t deal with not going on stage. But I was too frightened to step out of the palace. That’s what killed Presley. Whatever made the Beatles, the Beatles also made the Sixties the Sixties.’
John Lennon revealed who Paul McCartney ripped off. Fans of The Beatles and John Lennon discussed how did the world reacted to Lennon being assassinated in a recent topic within the band’s subreddit.

Eachedmylimit described their experience: “I was in college. My sister called me about it when the reports were that he had been shot, but not saying he was dead. It was late at night. Once I heard he had died I walked around my dorm looking for someone to talk to about it, but I only found one guy, and he was not into the Beatles like I was. I remember the whole world being in shock for weeks. Uncharacteristically, my mother bought all the magazines and left them on my bed so I could see them when I got home for winter break. I think it was an end to youth for a lot of people, and an end to feeling like the world was basically a safe place. Also, it was horrifying that the person who was killed was an artistic genius who had promoted peace.”

John Lennon’s widow revealed this beach swimsuit photo. Happytwinkletoes1 put: “I was 10, grew up in a Beatles family. My parents had friends over for Monday night football. We were all just having a great time and I will never forget Howard Cosell and his voice interrupting the game. And the shock and silence after. I had just bought Double Fantasy with my allowance. We all cried, my parents and their friends it was so shocking so senseless. Also at the time I and my dad had been sharing a love for Catcher in the Rye. He went on to teach that book in high school. There was a deep sadness that Christmas and I still can’t hear War is Over without choking up.”