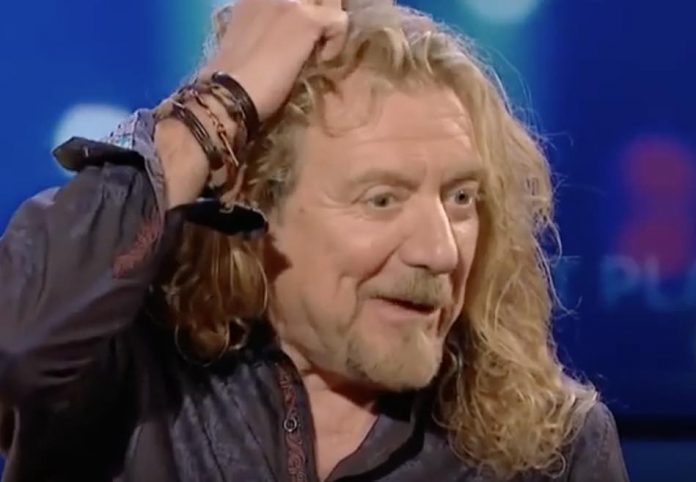 Led Zeppelin frontman Robert Plant was savagely mocked by Fox News host Greg Gutfeld on his program ‘The Greg Gutfeld Show’ over the weekend. Gutfeld made a brutal joke about Plant being a ‘jerk’ when discussing a new plant hotel opening in London. Jimmy Page recently revealed what Steven Tyler did to Red Hot Chili Peppers.

“London has opened the world’s first house plant based hotel to care for your botanical buddies while you’re out of town. It’s the brainchild of online plant retailer Patch, which offers its hundred room hotel services free of charge. It’s a five star luxury leaf lodge, and it’s open to all plants, well, except for Robert. He’s a jerk to the help.”

Gutfeld later said he felt the hotel was a ‘scam,’ though he didn’t follow up on his Robert Plant insult.

Co-host Katherine Timpf said, “Plants are too needy for the very limited satisfaction that they need.” She added, “Plants do not hug you while you’re crying, plants do not bring you chicken noodle soup when your sick.”

Robert Plant has been busy this year, launching his widely acclaimed new ‘Digging Deep’ podcast where he looks back at his classic material, dating back to early Led Zeppelin material like “Achilles Last Stand” to his more recent solo and collaborative material with Alison Krauss. A Greta Van Fleet manager revealed recently how their singer is capable of replacing Robert Plant in a Led Zeppelin reunion.