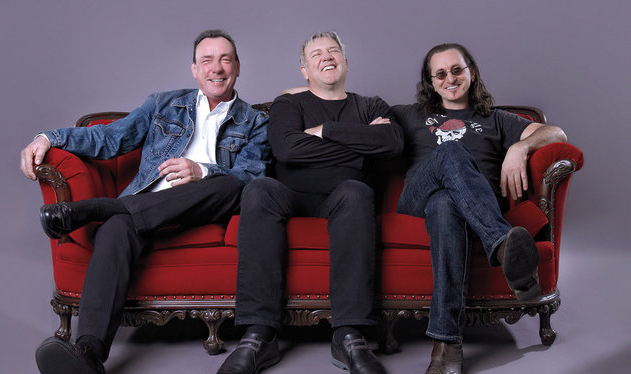 Share some coke with the band! The official Instagram account for Rush posted this photo revealing three cans of coca-cola displaying the likenesses of the group member’s first names: Geddy Lee, Alex Lifeson, and Neil Peart. This has been a signature of coca-cola cans within the growing number of years. Although, it is amazing to see that they were able to find a “Geddy” can given how uncommon that first name is. You can view the post Rush made about it and the lineup of the cans themselves below. This Rush singer calls out a big name for smashing a guitar.

The origins of these nicknames are explained by Neil in his book Roadshow:

Pratt…was a play on the various butcherings of my simple Anglo-Saxon surname, “Peert.” [It morphed] into Nels Pratt, then just Nels, which Alex and Liam usually called me, or Mr. P., as Geddy preferred. Alex…. was usually “Lerxst,” which came from a long-ago, exaggerated pronunciation of his name as “Alerxt.”..Geddy….was commonly “Dirk,” which derived from an invented name for an archetypical rock bass player, or secret agent—Dirk Lee.
#lersxt #pratt #dirk #rushfacts

Rush fans discussed what their least favorite album of all time is by the group in a recent TheRushForum.com topic.

thizzellewashington proclaimed: “Test for Echo for me. Most of the songs are just kinda forgettable and mediocre to me. The only one that’s genuinely among their all-time best work is “Driven.” “Resist” is pretty good too. One or two others I like. But as a whole, it’s very boring which is something Rush can almost never be accused of. Even their other “bad” stuff is bad because it’s an interesting experiment they tried that failed. Test for Echo just feels like they mailed in the songwriting part of it.”

Geddy Lee revealed a stunning Rush replacement he used on a classic song a couple of days ago. J2112YYZ said: “Their first album is the one that never really does anything for me. I would imagine if I had heard that album first before what came after, my opinion might be different. They were a good band on that album but obviously, they didn’t have that special something to make them great yet. I don’t know if they achieve that greatness if Neil doesn’t join the band.”

Ok, HYF probably least favorite, because in context it changed everything and I’m not sure the recovery was ever completed. No album before had me wondering if even they were happy with it. I love Time Stand Still though because I can be a sentimental old fool at times. Oh, and Force Ten… and Lock and Key’s okay.” Geddy Lee recently made a sad Eric Clapton revelation.