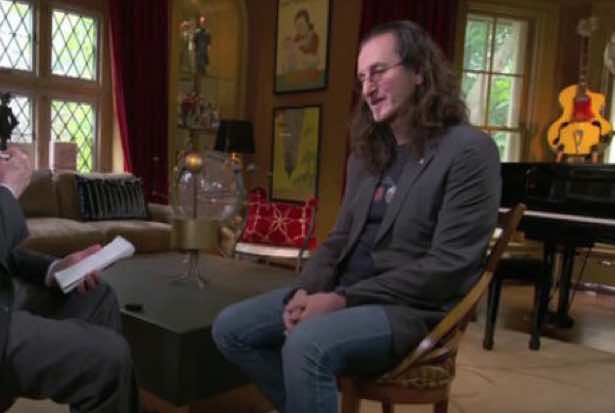 Legendary Rush frontman and bassist Geddy Lee took to social media via Instagram to celebrate the release of his first solo album, My Favorite Headache. He also, in the grander scheme of things took time to wish a belated happy birthday as well as an overall tribute to Pearl Jam and Soundgarden drummer Matt Cameron who was a key player on the project.A Rush singer’s surprising drummer offer revealed: ‘it’s time.’

So it’s kind of a sweet coincidence that the day we re:released MFH. [It] was also the birthday of the incredibly talented and super cool dude, Matt Cameron, who graciously added his inimitable drum chops to this project back in 2000….So I had to go off and dig around to find the only photo that exists from those sessions in Seattle. So please enjoy and Happy Belated Birthday Matt! [I] Hope you had an awesome day and thanks for the support and the memories mate!

Fans quickly revisited the throwback album on social media as one fan had to about the effort: “It was difficult to discern the maturing of Geddy Lee as a songwriter within the collaborative efforts of Rush. However, in retrospect, it shouldn’t have surprised me that Geddy could pull off such an impressive solo debut. It has been some time since I have so quickly devoured a CD, but “My Favorite Headache” made an instant connection. I had been mildly disappointed in Lifeson’s “Victor,” and expected Geddy to offer similar experimentation, but from the bass punch of the title track, to the bizarre blend of Dream Theater, Faith No More, and Rush that exists in the confines of the superbly crafted “Working at Perfekt,” Geddy both distinguishes himself from the trio and retains the core of what makes Rush great.” This Geddy Lee sad boat accident was revealed not too long ago.

The fan continued: “The off-kilter Rush humor is present, but more subdued than I expected; “Moving to Bohemia” and “Home on the Strange” being Geddy’s effective answer to Lifeson’s “Shut Up Shuttin’ Up.” In total, the only things missing from this CD are extended guitar solos ala “Return of the Prince.” But after 2+ decades of giving Alex the lion’s share of playtime, I don’t blame Geddy for keeping the axes honest. The bass work is impressive and beautifully integrated. I would have liked to see Geddy pull out some chops to shame Les Claypool back into reality, but c’est la vie. All in all: an overwhelmingly impressive accomplishment.” A Rush fan made this sad Geddy Lee Alzheimers claim last month