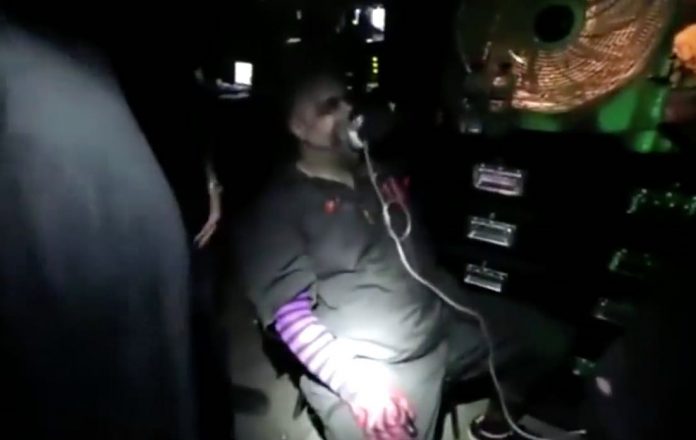 Slipknot icon Shawn Crahan was caught using this oxygen tank during a recent Slipknot performance. According to a commenter who posted this video on Reddit, the original poster wanted to know if it was due to his heavy smoking or some other matter entirely. This Slipknot member was photographed with surprising drugs.

One fan within the Slipknot subreddit suggested it had to do with the pyrotechnics that takes place during the band’s concerts saying: “This was during an incident he had with the pyrotechnics back in circa 2015. He doesn’t need an oxygen mask in between shows or during concerts. Just this one time he fucked up and nearly melted his face off with the pyro. This new Slipknot member was caught abandoning his outfit not too long ago.

The user continued: “I don’t know the exact medical science but he more than likely inhaled a lot of smoke and could’ve died from the smoke just being in his lungs. Which is why he needed the oxygen. To flush out all of the smoke.”

Whereas another contested this by replying: “Negative, stage pyro doesn’t make smoke. It does, however, make toxic and/or inert fumes (depending on the gas used) which can enter the lungs and starve your body of oxygen, even while you’re breathing normally. Beyond that, heat injuries to the airway often cause it to close up and become harder to breathe through.”

Another fan entirely wrote: “I’m not sure if this is medical treatment or not. At the EMT level especially, oxygen is taught to be the primary initial treatment because not having it real bad, and it’s hard for a relatively healthy person to have too much of it. In EMT school after they teach you about BSI and scene safety, the answer to everything is just about, apply oxygen. That being said, having supplemental oxygen for performers backstage might also be a normal practice we’re seeing here, more along the lines of comfort and luxury more than medical treatment.” A Slipknot member’s younger girlfriend was recently revealed.

Why does Shawn Crahan have to use an oxygen tank in between concerts? Was it related to his heavy smoking ? I’ve always had that question in mind ever since I watched this video. But I don’t want to be rude. from r/Slipknot