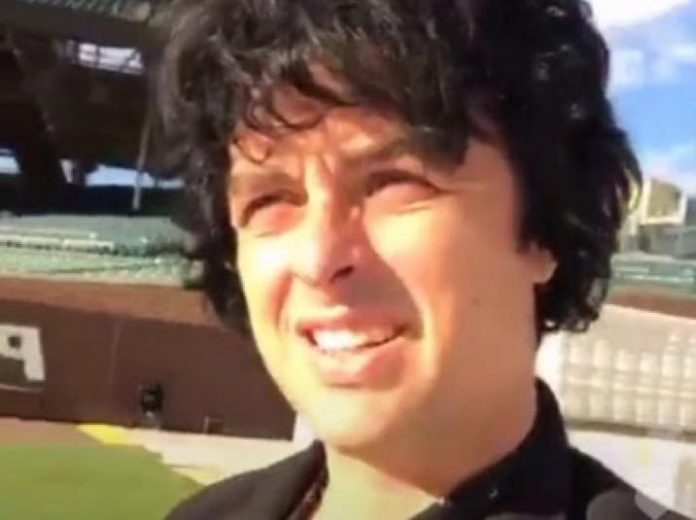 Green Day singer Billie Joe Armstrong was spotted with The Ramones icon Johnny Ramone’s widow Linda Ramone in a photo taken by his wife Adrienne. Adrienne wrote, “Thanks @lindaramone 👑for all the gifts!! We ❤️youxxxxxxx.” A Green Day member was caught wearing a horrible wig in a new photo.

As Green Day prepare for their 2020 Hella Mega tour with Weezer and Fall Out Boy, fans are wondering what happened to a touring member. BizzigOnTwitch asked on Reddit, “Anyone know what happened to Jeff Matika? I know the stuff that happened a while ago with his girlfriend, but he still played with The Longshot since then. So does anyone know the reason behind why he isn’t playing with them now? Like, no rumors. Any articles are anything?”

The Green Day family recently made a painful rehab announcement after an accident. MiksuTK responded, “Absolutely nothing. All what I’ve seen is that no one has confirmed or denied his participation in upcoming tour. I guess we gotta wait till march to find out.

My personal opinion is that he is/was only a live member and if Green Day wants to have new touring members for any reason, let them have. As long as Jason White is there, I’m happy.”

Jankowski576 chimed in, “He’s also so low energy and not really even close to as talented as Kevin. If this new era is about having fun and not holding onto the past it makes quiiite a bit of sense to pull in Kevin instead of him.”

BizzigOnTwitch wrote, “Ok, thanks. But I wasn’t asking for anyones opinions on anything, or WHY they think he isn’t there. I was wondering if anyone KNEW where he was and why he hasn’t been playing with them. So far it seems no one does.” A Green Day member recently reacted to a heartbreaking Eddie Van Halen photo.