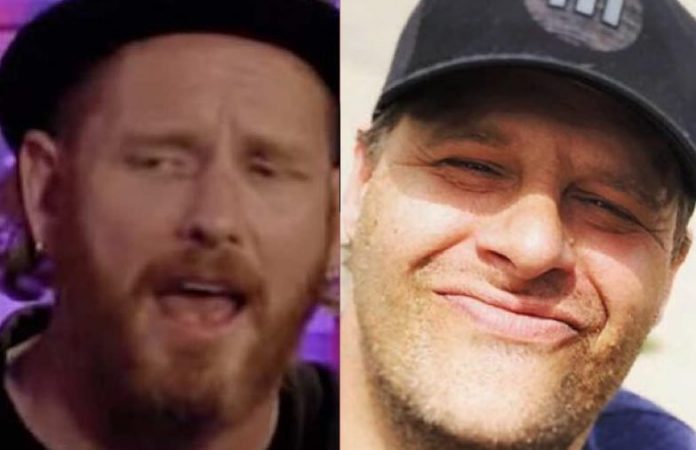 Former Slipknot member Chris Fehn appeared to blame Corey Taylor and M. Shawn ‘Clown’ Crahan for his departure, claiming he did not quit in a new social media post. Fehn is currently involved in litigation with Taylor and Crahan over Slipknot financial splits. A Slipknot member recently revealed what really killed Prince.

critical_bluejay commented, “To come home to that I’d quit the band too……congrats man.” Fehn responded, “@critical_bluejay hahaha. Never quit the knot. Let it be known.” ardhnplt said, “@realchrisfehn Do you think this whole thing happened because they acted too greedy?” uphighyaya wrote, “@realchrisfehn whatever happened man I just hope you find happiness and from the looks of it you definitely have 😊.”

A Slipknot member took a brutal shot at Ghost a few days ago. _melencolia_ chimed in, “@realchrisfehn I really do hope that one day everyone can just make it work ya know? How they’ve treated you is not okay and Im on your side. I just hope one day everyone (including past members) can all be at least acquaintances or friends in some form. Im tired of seeing bands hate each other to the grave. Its not worth it, life’s too f**king short.”

A Slipknot member revealed why he screamed at a woman recently. M. Shawn ‘Clown’ Crahan discussed his past work in a new GQ interview, “I’ll tell you this: I love everything I’ve done, I love how my life has turned out, I could never imagine that I’d sit where I sit today. I’d never ever go back and do things differently. I’m blessed to have had this be my life, and it’s just getting better each day. That’s it, though. Once I turn something in, I’m done with it. I just let it go, and move on to the next thing. I’m kind of known to constantly be working on something. When I need to make an album cover, I’ve already been working on it for two years. I’m working on my art every freakin’ day. It’s always in progress.”

He also said, “Lately I’ve spent a lot of time asking myself that exact question. I’d love to make more books, have some gallery shows, and stuff like that. I love making our music, but now that the album’s out and it went No. 1, I need to take some time for myself and go do some other shit. Above all else, I really want to push myself to make some fascinating art this year.” You can read the full interview at GQ.