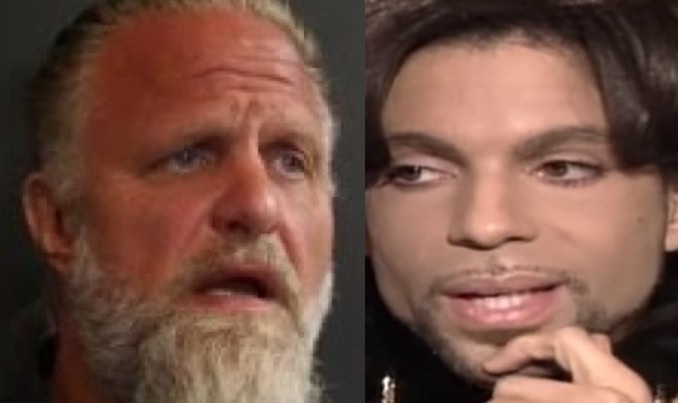 Slipknot icon M. Shawn ‘Clown’ Crahan discussed the ‘struggles’ Prince had that sadly killed him (addiction) that ultimately killed him, that Britney Spears has also struggled with. A Slipknot member took a brutal shot at Ghost yesterday.

“I’ve always joked that if I had one of those one-in-a-million voices, I don’t know if I’d ever be able to sing like that, because the songs I write take such an emotional toll on me sometimes. They’re so personal to me that sometimes I just lose it. I could never be someone like Britney Spears or Prince, these pop legends that are so open about their struggles. I like to do a lot of my art in hiding, and keep my process a secret from the world.”

Corey Taylor released a ‘ruthless’ video last week. Clown also said about doing photoshoots, “I gave up on using makeup artists, hair stylists, fashion stylists. For my shoots, I’ll go to a thrift store and buy all the old, fancy, colorful shit. I’ll do the makeup myself, and then I’ll say, ‘Let’s go, let’s make art, let’s get real.’ Otherwise I’d have to deal with too many other people making art within the curves, and I don’t live within the curves.”

jmc4608 recently speculated if “A Liar’s Funeral” could be about Chris Fehn on Reddit.

“It just hit me, could this song be interpreted to be about Chris? Just thinking about the timeline and when the news of the lawsuit came out. Was there still material being written? Could be a far stretch. Idk… just a conspiracy theory to me. Anyone have any thoughts?”

A Slipknot member recently revealed a woman he screamed at. xellipses responded, “A lot of people need to understand that a lot (if not all) of the music was written while Chris was still around. Including lyrics.

Nothing, ABSOLUTELY nothing on WANYK is about Chris. I get that people love a deeper subliminal message (no pun intended), but there just isn’t one thing on this record that would refer to Chris. Just big coincidences.

With that being said, I’m all for lyric interpretation via one’s own perspective, but come on, have a little sense of what Corey was ACTUALLY writing about at the time, THEN make your assumption.”

You can read the full M. Shawn Crahan interview at GQ.