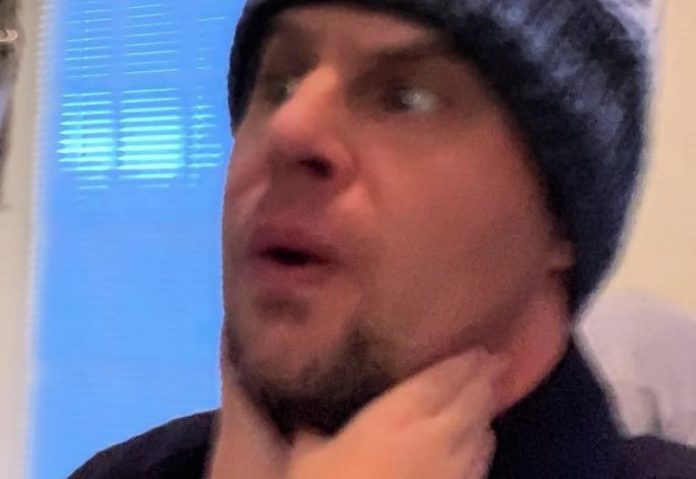 Former Slipknot member Chris Fehn is in the Halloween holiday spirit! The ex percussionist of the Grammy Award-winning heavy metal band took to social media via Instagram to post this adorably light-hearted video of a woman being screamed at, claiming he had done it himself as well in the past to his sister. This Slipknot member took a creepy backstage recent photo with this woman. It’s wonderful to see Fehn in such good spirits as the previous Slipknot member has been in quite the bind as of late. Fehn was fired from the group in March of this year Fehn specifically accused Corey Taylor and Shawn Crahan for what he felt was questionable business dealings. However, as previously reported Fehn has nothing but praise for his replacement. You can view the short Instagram video below.

In other news regarding Slipknot, fans took to the official Facebook of the band to voice their strong opinions regarding Slipknot’s most recent partnership with WWE as the group urged fans on social media to check out what songs they would use as WWE Superstar entrance themes now. As we previously mentioned, the lead singer of the popular heavy metal band gave the following introduction to this week’s most recent edition of WWE’s NXT on the USA Network.

Thomas put: “At least they do something right by putting your music on tv. As far as I’m concerned, WWE sucks now and if want Wrestling I’ll watch ROH or AEW!! I canceled their excuse of a network off my cable subscriber, playing this wanna be Kardashian shit of Total Divas and Bellas. This isn’t fucking wrestling!!”

Not everyone had a negative response though as Ryan stated: Been a massive WWE fan since the mid-90s and a massive slipknot fan since 1999. Seeing you guys partner together is a dream 🤘”