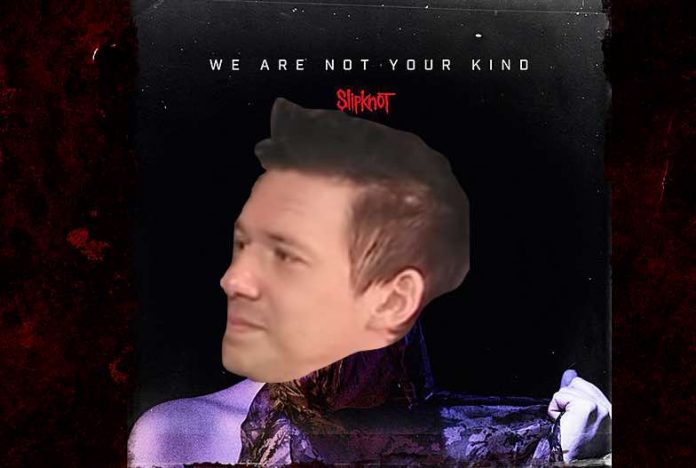 Is there a feud brewing between former Slipknot member Chris Fehn and Ghost? Not really, but Fehn isn’t the biggest fan of Tobias Forge’s music. The ex-band member was asked on Instagram if he listens to the popular rock band due to them being Swedish, something that Fehn has in common with the group. This Slipknot member took a creepy backstage recent photo with this woman. You know, outside of the whole masked rocker thing. He replied that while he wasn’t a fan of the Cirice song writers he did give them some props by saying the show Slipknot once played with them “was pretty cool.” You can view the full response below. A Slipknot Icon was stunned by this brutal attack after his firing.

nawnsens commented, “Ghost is from Sweden. Do you listen to Ghost?” Chris Fehn responded, “@nawnsens not a fan, but we played a show with them. Was pretty cool.”

In other news regarding Slipknot, fans took to social media via Reddit to discuss the merits of Shawn “Clown” Crahan’s Iowa mask and where it ranks within Slipknot’s legacy.

MitchMitcherson5052 got the ball rolling by stating: “Clown’s Iowa mask borders on parody for me. Scariness gets to a point where it just becomes funny. The mask is the most unsubtle and least creepy mask they’ve ever made. It looks like somebody in a haunted house mask that they bought at the Halloween store I would rather him wear his ST mask or his Female Clown mask or even his WANYK mask. It is just so over the top and silly it no longer gives me the creeps it just makes me think of any edgy kid on Facebook who wants to look cool so he wears the “scariest” mask he can. Idk I could never get into it and to me, if you’re going to put all that stuff on the mask you have to be trying to make it look scary. Also, I think it depends what you think of tree he mask to me something like SIDS vol.3 mask is pretty scary, but another mask like Jim’s mask isn’t supposed to be scary. And I don’t think it fits the era because the era to me was more I hate everybody and I’m angry all the time, not the kind of religious-based stuff the mask is centered around. I do think the fake blood was cool but still think it would look creepier on his female or ST mask because they’re kind of unassuming normal-looking clowns and putting the blood on them would be really freaky.”

xSicness replied with: “I can kinda see why you would say that ya know, the whole ‘666’ and Pentagram look on it. I don’t think it’s ‘creepy’ or ‘scary’ but then again, slipknot masks for me aren’t really scary nor do I think meant to be. I think when clown covered the mask in (hopefully fake) blood it looked cool and fit the era quite well.” Slipknot frontman Corey Taylor almost fronted this very surprising band.